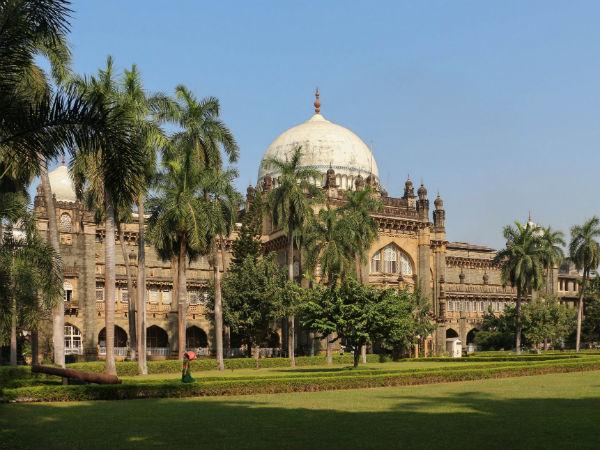 The capital of Maharashtra, Mumbai, is the most popular city in India. Mumbai is the commercial, financial and entertainment capital of the country. Once a cluster of islands which were the fishing colonies of the kolis or fisher folks, the city of dreams, the Mumbai we know today, was once upon a time an archipelago of seven islands.

The group of islands was named after the goddess Mumbadevi, worshipped by the Koli and Agri communities. The cluster of islands were ruled, acquired and ceded by many dynasties and empires right from the Satavahana, Chalukyas, Mauryas, Rashtrakutas to Portuguese and British. The famous Elephanta Caves and Walkeshwar Temple date back to the Silhara times. Similarly, the Jogeshwari Caves were constructed under the Mauryans.

Also read: The Seven Islands Which Made The Mumbai We Know

Later under the Portuguese rule, the seven islands of Bombay were ceded to Prince Charles II of England in dowry. And as we all know, under the British rule, the city was transformed majorly with roads, rails, Victorian buildings and turned into a major seaport on the west coast of India.

The city of dreams has something for everyone. Food, fashion, shopping, movies, beaches, art, just think of it and Mumbai has it. At every bend and corner of the city, you will find something to fall in love with the place. But if history fascinates you, then you must visit these remarkable museums of Mumbai.

Also read: Things Not to Miss in Mumbai!

Established in 1872 and formerly known as Victoria and Albert Museum, it is the oldest and one of the most treasured museums in Mumbai. Later in 1975, the museum was renamed after Dr. Bhau Daji, a physician, and a Sanskrit scholar.

The exterior and interior of the museum showcase charming Victorian styled architecture. The museum exhibits include marble statues and structures, old maps and photos, several archaeological finds from old Mumbai, manuscripts and clay models. A monolithic basaltic-rock structure of an elephant is placed outside the museum. This structure was recovered from the sea near the Elephanta Island.

The museum can be visited between 10 am to 6 pm (tickets are issued until 5.30 pm) and is closed on Wednesdays and certain public holidays. The museum is in Byculla and can be reached by bus, taxi or local trains.

Located in the heart of South Mumbai, the Chhatrapati Shivaji Vastu Sangrahalaya was formerly called Prince of Wales Museum. Established in 1922, the museum is inside the Jijamata Udyan that was formerly known as Victoria Garden. The museum building itself is a classic example of the fine art and architecture.

The museum houses exquisite pieces of art from various time periods and from across the world. It includes terracotta, basalt and marble statues and structures dating back from as old as the 2nd century, discovered in various parts of India and the world including Nepal, Japan, Kashmir, Karnataka, Tamil Nadu, Odisha, Gujarat, Madhya Pradesh and Sindh (present day Pakistan).

The museum can be visited between 10 am to 6 pm (tickets are issued until 5.30 pm) and is closed on Mondays and certain public holidays. The Vastu Sangrahalaya is in Fort, close to Gateway of India and can easily be reached by bus, taxi or local trains.

A unique Monetary Museum is a must visit if you love visiting museums. The best part is the visit to this museum is free for all. Situated in South Mumbai, the museum was established in 2004 and inaugurated by Dr. APJ Abdul Kalam. Get a glimpse into the world of money and currencies of the country right from the times of kings and kingdoms.

On display in the museum are coins and notes that have journeyed through India's history for as long as 2500 years. Information about how and when paper money was introduced centuries ago and how money originated and evolved from the barter system we all know about, to the money that we see now. It is especially a good place to stir up some interest and teaching a thing or two about money and economy to young children.

The RBI Monetary Museum is located in Fort, and can easily be reached by bus, taxi or local trains. You can visit the museum between 10.45 am to 5.15 pm. It is closed on Mondays and bank holidays.

If not for the black marble stone etched with golden letters reading Mani Bhavan Chowk at the bustling Laburnum street of South Mumbai, one would easily miss this simple building of Mani Bhavan. The mansion was turned into a museum as a homage to Mahatma Gandhi as it was his headquarters between 1917 and 1934.

Various incidents from the leader's life are depicted in the form of paintings, photographs, newspaper clippings, etc. A room where Gandhiji stayed can be seen with a low bed, a low table, a book and spinning wheel, given how simple and minimalist he was.

Mani Bhavan is located close to Girgaum Chowpatty and can easily be reached by bus, taxi or local trains. You can visit the museum between 9.30 am to 6 pm on all days.