Of Beaches, Waterfalls And Forts, Explore Places Around Vasai 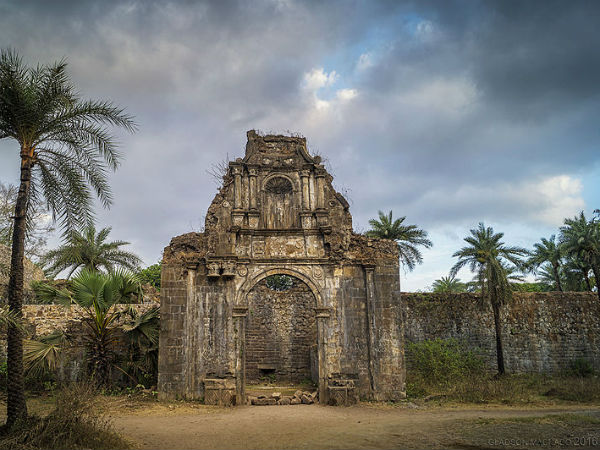 The suburban town in Maharashtra, Vasai, was historically called Bassein by the British and Bacaim by the Portuguese. Now it is one of the highly industrialised areas with numerous small and medium-sized industries adding to its economy. It is extremely well-connected to the Mumbai city and more often than not considered a part of it.

The Ulhas river, flowing west, in Maharashtra splits into two distributaries, one of which flows northwest forming the estuarine Vasai Creek. The Mumbai local, which is considered as a lifeline of Mumbai, connects Vasai to Churchgate on the Western Line of the Mumbai Suburban Railways, making the daily commute to and from the suburbs easy and feasible.

Under the Portuguese and British reign, only Christians were allowed to stay in the city. Vasai, therefore, has several churches and a cathedral. Apart from that, Vasai has many beaches, historical places, temples, forts and more. Here are some of the popular places that can be visited from Vasai.

The Bassein Fort, also known as the Vasai Fort is a major tourist attraction of Vasai. The Portuguese fort overlooking the scenic confluence of the Ulhas river now stands in ruins. The entrance to the fort is through two thick wooden doors. The fort walls are still in a good condition indicating its strength from decades ago.

There is a chapel inside the fort, and many run-down ships, anchors, watchtowers can be seen. The fort is also a favoured shooting location for many Bollywood movies. Many amateur and pro photographers also find it fascinating to practice the art here. The ideal time to visit the Vasai Fort is between October and March. There's no entry fee to visit the fort.

Vasai Beaches are the second most popular place frequented by the visitors as well as residents. There are a number of beaches along the stretch, giving the place a feel of Goa. Therefore, Vasai is often referred to as ‘mini Goa' by the visitors. While some of these beaches are unexplored and less crowded, others are popular and buzzing with visitors.

Some of the famous beaches in Vasai are Suruchi Beach, Kalamb Beach, Rajodi Beach, Rangaon Beach and Arnala Beach. Other less known and less explored beaches are Bena Beach, Navagaon Beach and Bhuigaon Beach with scenic view and mangroves. The beaches have numerous sea facing restaurants and lounges, ideal for a perfect place to be with family and friends.

The ancient Jivdani temple is perched on the Jivdani hill, that forms a part of the Satpura range. The aesthetically built temple is dedicated to Jivdani Mata. Considered as the incarnation of goddess Adishakti, Jivdani means ‘giver of life'. The temple has a beautiful idol of the goddess sculpted in white marble.

A flight of over thousand steps leads to the top. Alternatively, a ropeway ride can be availed to reach the top. The temple is open between 5 AM and 7.30 PM. Apart from weekends, many visitors and devotees visit the temple on Tuesdays and during the Navratri festival.

This is an ancient temple dedicated to Lord Shiva. The temple is located in the Tungareshwar hills inside the protected area that comes under the Tungareshwar Wildlife Sanctuary and National Park. At an altitude of 2177 feet, the park region has a dense, green forest cover and numerous waterfalls. The jungles are home to several species of birds, reptiles, flora and fauna.

Easily reached by road up to a certain point and trekked thereafter, it is popular for a serene trek to the Shiva temple and the nearby Tungareshwar waterfalls. From the temple, a short trek leads to the charming falls. During and post monsoon, the gushing waterfall surrounded by lush greenery is a popular spot for day trips and picnics.

Further deep inside the thick forests of the Tungareshwar National Park is another magnificent waterfall, known as the Chinchoti waterfalls. Falling from about 100 ft and surrounded by lush green forests, the Chinchoti falls is a refreshing place to be at, away from the hustle-bustle of the city.

To reach the falls, one has to trek through the dense forests. The trek is not well marked so it is advisable to approach the local villagers and hire a guide to reach the place. Numerous refreshing streams cross the trail throughout the 2-3-hour long trek. Monsoon is the only preferred time to visit; the place is otherwise rocky and devoid of much water.

The Arnala Fort is famously known as Jaldurg or Janjira Arnala, as it is built on an island off the fishing village of Arnala. To reach the island one needs to board the small ferries or trawlers from the Arnala market. The fort once played a major role in the establishment of the Maratha kingdom in and around the region.

Sadly in a pitiful state today, the Arnala fort was once owned by the Portuguese and later won by the Marathas. The fort still has a strong stone gateway and solid ramparts. Inside the fort, one can see large octagonal water reservoirs, temples dedicated to Lord Shiva and goddess Bhavani and a solitary watch tower on the outer wall of the fort.