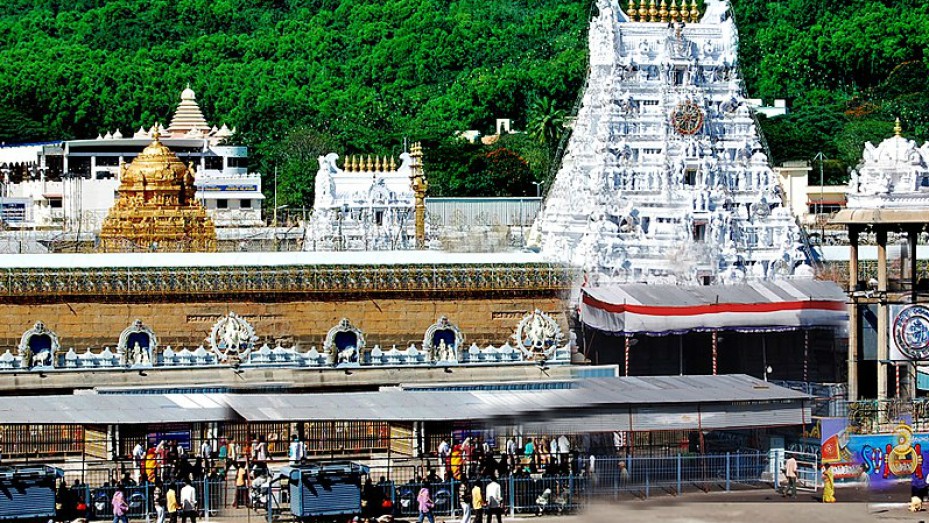 Located in the foothills of the Eastern Ghats in Andhra Pradesh's Chittoor district, Tirupati is one of the most culturally rich cities of India. Its proximity to the famous Tirupati Temple makes it one of the most popular destinations for pilgrims as well as tourists. Although the origin of the word Tirupati is not clear, it is widely believed that the word is an amalgamation of the two words “Thiru” and “Pati”. While Thiru means respectable in Tamil, Pati means husband. Thus, the word literally means “respectable husband”. The Tirumala Hills, which lie very close to the city centre, are ranked second among the world’s oldest rock mountains.

There is no concrete evidence as to who constructed the Tirupati Temple, but it was controlled and renovated by several rulers since the 4th century AD. The temple has, however, successfully resisted Muslim invasion in the 14th and 15th century.

The Tirumala Tirupati Devasthanam was advised by the Religious Advisory Council on religious matters. The city of Tirupati was near Kotturu, today’s KT Road. It later shifted to the area near the Govindaraja Swamy Temple. Today the city has expanded to the neighbouring areas.

Attractions To Explore - Tourist Places In And Around Tirupati

Besides visiting the popular temples, such as the Balaji Temple or the Venkateswara Temple in Tirupati, Varahaswami Temple, Tiruchanur Temple of Goddess Padmavati, Govindaraja Temple, Srinivasa Mangapuram, Avanakshamma temple, Tirupati, ISKCON Lord Krishna Temple, etc. Can also be visited. The Kapila Theertham is a place of worship dedicated to Lord Shiva; Parasurameswara Temple in Gudimallam, Kodanda Rama Swamy Temple, etc. are also interesting places around Tirupati to be visited.

One can also visit the Sri Venkateswara Zoological Park which is home to several species of animals and birds. There is also Silathoranam, the rock garden which can be paid a visit. A visit to Tirupati is incomplete without tasting the special sweet rice and laddu. One should also not miss the local handicrafts which include woodcarvings, whitewood toys, Kalamkari art, Tanjore gold-leaf painting and most importantly the Chandana Dolls.

City Of Fairs And Festivals

Tirupati is not just a religious centre; it is also a rich cultural centre. It is quite famous for its festivals and fairs. One of the most popular festivals is the Gangamma Jatra held in May. It is known for its unusual rituals. During the festival, devotees camouflage themselves and walk across the temple streets in the belief that it will ward off evil forces. After this practise, they apply sandalwood paste and cover their head with garlands made of jasmine and enter the temple premises. The Jatra ends with the smashing of the earthen idol of the goddess.

Devotees from far and near throng to be a part of this festival. Brahmotsavam is the most famous and biggest festival of Tirupati. Other famous festivals of the temple city are the Vijaynagar Festival, the festival conducted at Chandragiri Fort and the Rayalseema dance and food festival.

The best time of the year to visit Tirupati would be the winters during the months of December to February.

The summers are extremely hot and unpleasant; hence, it is not advisable to visit at that time of the year. The monsoons are a welcome respite from the heat and the light monsoon enhances the beauty of Tirupati. Since Tirupati is predominantly a temple city and considered holy, there are a few things that travellers need to keep in mind. One should wear appropriate clothing; avoid headgear, such as caps or hats. Flowers are not to be worn on the hair as it is meant for the gods.

Non-vegetarian food and alcohol is not easily available and its consumption is discouraged. Temple premises do not allow gadgets, such as phones and cameras. Tirupati is definitely a must visit for every devotee as well as travel lover, who is interested in religion and culture.

How To Reach Tirupati

Travelling to Tirupati is easy. The nearest airport to Tirupati is Renigunta which is 15 km away from Tirupati. There are direct flights from Delhi, Bangalore, Hyderabad and Chennai to Renigunta. Tirupati also has a railway station that is connected to all major cities of India.

Buses, both government and private, are available at regular intervals from cities, such as Chennai, Bangalore, Vizag and Hyderabad. Travelling within the city is also easy as rental cars and buses are easily available. Taxis can be rented for a whole day at nominal rates.

Tirupati is Famous for

How to Reach Tirupati