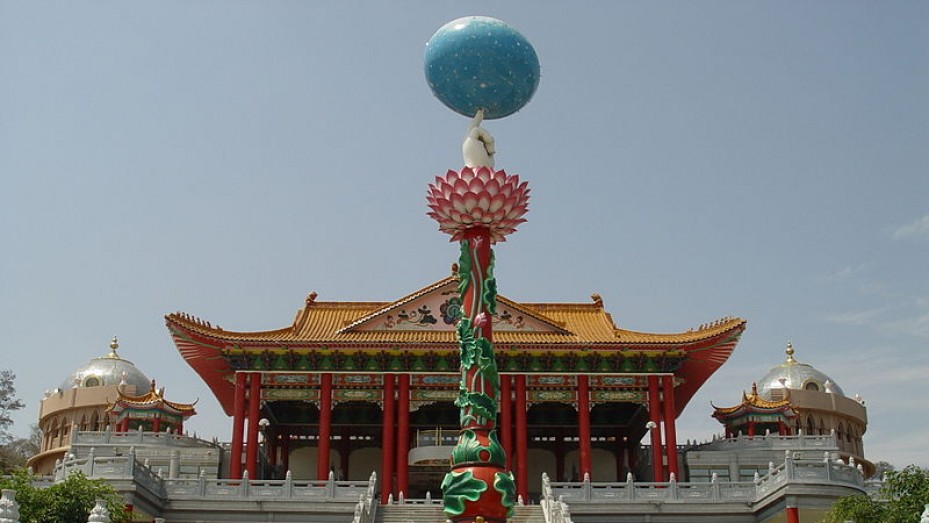 Puttaparthi, a small town of the Anantapur district of Andhra Pradesh, has become a renowned pilgrim hub for being the holy abode of the spiritual guru Sathya Sai Baba. The town is on the banks of the river Chitravathi and is perched at a height of 475 metres. The history of Puttaparthi revolves around the birth and life of Sri Sathya Sai Baba. Formerly, Puttaparthi was a small farming village known as Gollapalli, which means the "home of cowherds".

Satyanarayana Raju was born on 23rd November 1926 to a couple named Sri Pedda Venkappa and Srimati Eswaramma. Due to several incidences, which reflected his miraculous powers, people believed him to be a reincarnation of Shirdi Sai Baba and he was called Sathya Sai Baba. Owing to this, people started following him, and he came to be believed as a spiritual leader. His teachings have received worldwide acclamation, and his teachings are rooted on the principles of peace, truth, love, righteousness and non-violence.

In 1950, the Prasanthi Nilayam was established, and the establishment of this ashram turned this village into a world-class town. It houses all the facilities, such as an airport, a railway station, a super speciality hospital and a large number of educational institutions.

Tourist Places In And Around Puttaparthi

Other than that there is the Shiva temple which was constructed on the site on which Sathya Sai Baba was born. Another prominent place is the wishing tree on the banks of the river Chitravathi. The meditation tree located on a hillock towards the university has also gained prominence. The educational and cultural institutions have also emerged as important places in the recent times. One can also witness the Indian village scene by hiring an auto and taking a tour of the villages surrounding the small town.

How To Reach Puttaparthi

The best part of the year to visit Puttaparthi is from September to February. The summer months from March to June are extremely hot and uncomfortable. The place is a perfect destination for people who seek inner peace and want to get in touch with spirituality and religion.

Puttaparthi is Famous for

How to Reach Puttaparthi