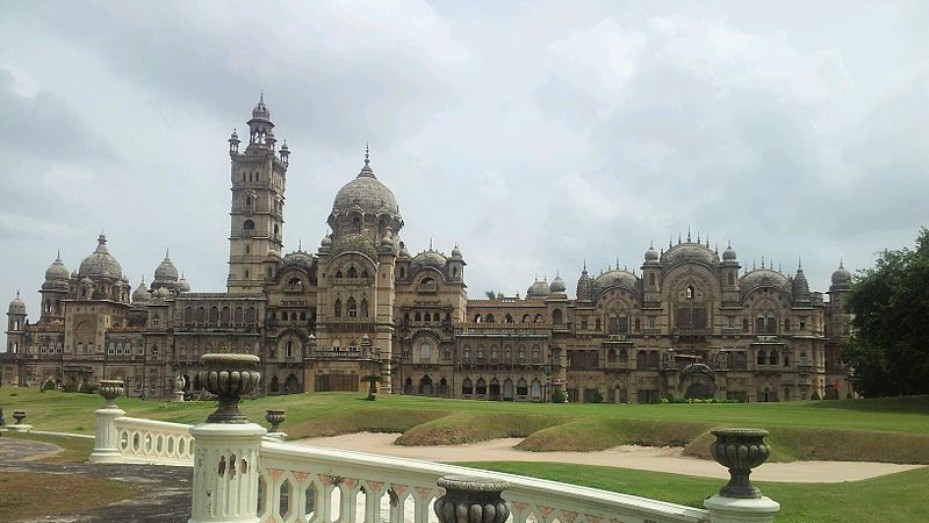 Vadodara or Baroda, situated on the banks of the river Vishwamitri, was earlier the capital city of the Gaekwad state. Archaeological remains dating back to two thousand years around the river Vishwamitri clarify that there was a small settlement known as the Ankottaka, near a grove of Akola trees, which is now called Akota. Then a kilometre down, towards the east, a locality came up near a thick forest of vad or banyan trees. This area was called Vadapadraka. In the place of Vadapadraka, today's Vadodara has come up. The word Vadodara is derived from the word Vatodar. This Sanskrit word means "the stomach of the banyan tree". Later, during British rule, this name degenerated into Baroda and was known so until recently; it returned to the original name.

The city limits were once marked by four gates. These gates are still standing. In the 10th century, Vadodara was ruled by the Chalukya dynasty, followed by the Solankis, the Vaghelas and the Sultans of Delhi and Gujarat. The Maratha general, Pilaji Gaekwad, is the one who developed this area and commenced the modern era of Vadodara's history. Before him the Babi Nawabs also contributed to the development of Vadodara. The reign of Maharaja Sayajirao III is considered as the Golden Era of Vadodara, as the city witnessed the most significant developments and social-economic reforms that were very progressive in the context of the time of implementation. The city of Vadodara was called the Sanskari Nagari or the City of Culture because of his unprecedented patronage of culture.

Vadodara is very famous for its Garba celebrations all over Gujarat. Navratri or Garba is celebrated with songs, dances, lights and great enthusiasm at the local garba grounds. During this occasion, rasa and garba dances often go past midnight. Diwali, Uttarayan, Holi, Eid, Gudi Padwa and Ganesh Chaturthi are some other festivals celebrated with great excitement in Vadodara.

Vadodara, keeping up to its name Sanskari Nagari, upholds culture. The vast collection at the Maharaja Fateh Singh Museum, the Nandalal Bose murals of the Bhagavad Gita in the old Kirti Mandir, the Maharaja Sayajirao University and the Baroda Museum & Picture Gallery are all examples of the rich culture that developed due to the patronage of the Gaekwads.

Located on the banks of the river Vishwamitri, the Vadodara city is in the centre of Gujarat. The river usually dries up in summer, barring only a small stream of water. The city is in the in between plains of Mahi & Narmada rivers. Due to increasing susceptibility to earthquakes, the Bureau of Indian Standards has rated the town under seismic zone-III, on a scale of I to V.

Vadodara features a tropical savanna climate. There are three main seasons: summer, monsoon and winter. Other than the monsoon season, the climate is usually dry. The summer is hot and dry. During monsoon it's humid and there are sporadic heavy torrential rains. Winter is chill due to the northerly winds.

How To Reach Vadodara

Vadodara is well connected with Delhi, Ahmedabad, Gandhinagar and Mumbai. Within the city, public transport vehicles like buses, autorickshaws and taxis are available. The popular vehicles amongst the public are cars, scooters, motorcycles and bicycles.

Tourist Places In And Around Vadodara

With all the cultural activities which are alive from the days of the Gaekwads and with the natural diversities, Vadodara definitely is a place to visit.

Vadodara is Famous for

How to Reach Vadodara