Pavagadh – Crowned By The Divine 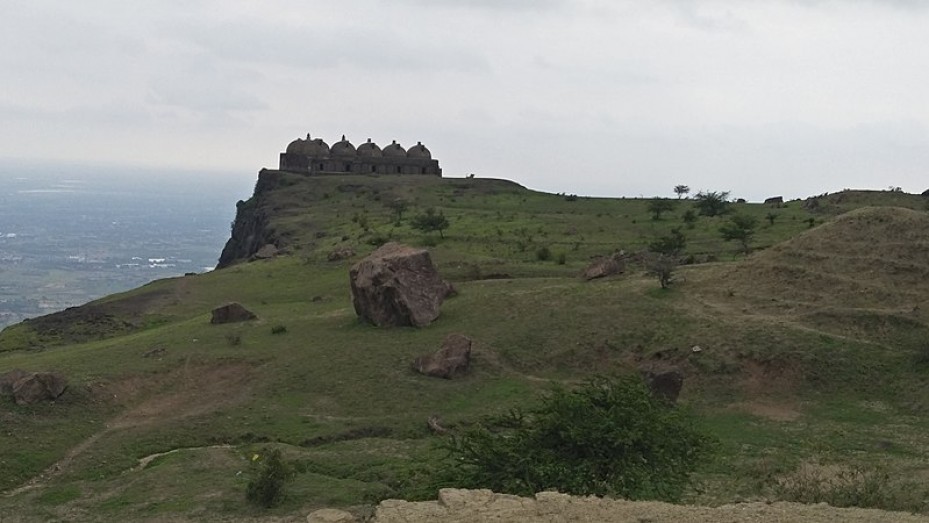 Pavagadh is the hill next to Champaner and also the hill on which a famous Mahakali Temple is situated.

Tourist Places In And Around Pavagadh

The Mahakali Temple is fortified and existed even before Mahmud Begda captured Champaner and made it a famous, well-built city. The temple still existed with the downfall of Champaner. People came to this auspicious temple during the past and still continue to do so. The temple can be approached by foot through a rocky path or through the ropeway.

The idol of Mata Kalika over here in the Garbhagruh (sanctum) is only a red-coloured face and not the whole body. Full-bodied idols of Mata and yantras of Bahuchara are also present in the temple. The temple has long visiting hours to provide darshan to the pilgrims coming at different hours of the day.

Pavagadh also has a fort that was built by the Solanki Rajputs. Parts of the Pavagadh Fort walls are still existent. In the fort there is a Hindu temple dated 10-11 century. This is the oldest Hindu temple ever found. There are some more Hindu and Jain temples built in the Nagara style during 13-15 century in this fort.

How To Reach Pavagadh

The place is well connected to the major cities in India via rail and road. The nearest airport is the Rajkot Airport.

Summers are very hot in Pavagadh. So it is advisable to explore the beauty of the place in winters.

Pavagadh is Famous for

How to Reach Pavagadh