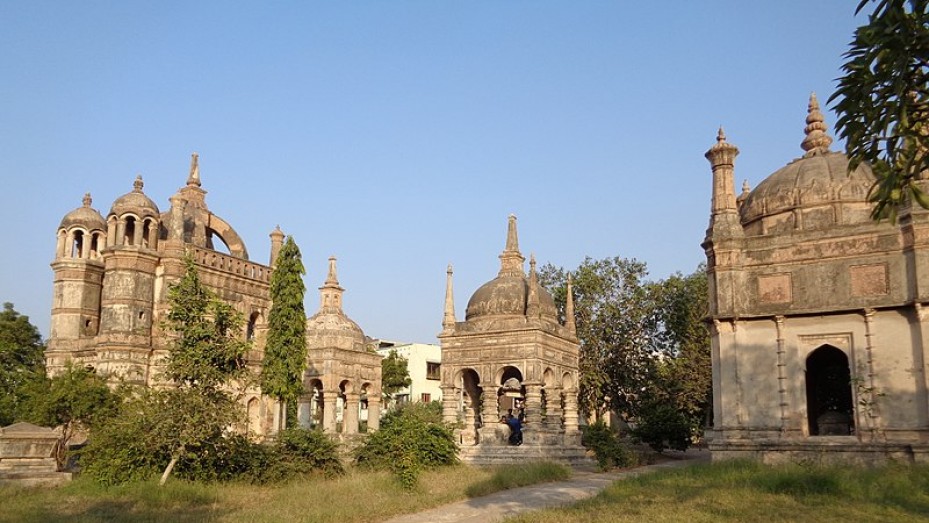 Situated on the south-west of the state of Gujarat, Surat today is known for its textiles and diamonds. Beneath all this pomp and glitter lies a city of great historical significance and glory.

In 990 AD, the name of Surat was Suryapur—city of Sun God. Then the Parsis settled here by the 12th century. Later, Surat was as a part of the Western Chalukya Empire till it got invaded by Qutubuddin Aibak.

By 1514, a Brahmin named Gopi, who was an important official of the Gujarat Sultanate, convinced the traders to settle in Surat, which led to the development of this major trading centre.

To protect this city, the Sultanate built a wall, evidence of which can be found in the remains that are still present. During the Mughal reign of emperors Akbar, Jehangir and Shah Jahan, this city rose to the stature of an important port for Mughal trading.

It became a commercial hub of India and an imperial mint was established here. Surat port became the departure place for the Mecca—bound Muslim pilgrims for Hajj. During the British period, the ships of East India Company started mooring in this port.

Surat became a centre of trade and a transit point for all journeys in and out of India. Surat was one of India’s most prosperous cities till the British shifted their trade centre to Bombay. Then gradually Surat saw a decline in its glory.

Tourist Places In And Around Surat

Surat is renowned as an important centre of diamond and textile businesses in the world. In Surat, 92% of all the diamonds in the world market are cut and polished. It is called the Embroidery capital of India as it houses the maximum number of embroidery machines in any city in India.

It has also ranked fourth in a global study of fastest growing cities in the world. Due to these business aspects, this city is considered as the commercial capital of Gujarat.

In 1901, Gujarati diamond cutters shifted from East Africa to establish an indigenous industry in their own country; and after a successful commencement, Surat started exporting diamonds to US by 1970. Surat today, has established its name in the world diamond market and its future lies in finishing even more larger and costlier stones.

Surat has a tropical savanna climate. The climate here is highly influenced by the presence of the Arabian Sea. It receives heavy rainfall from late June till the end of September. The summer begins in early March and lasts till June.

April and May are the hottest months. October and November experience a return of high temperatures till late November. Winter starts in December and ends in late February.

How To Reach Surat

The city has the SMSS bus service. These buses use CNG fuel and contain LCD screens with every detail of the journey.

Gujarati, Sindhi, Hindi, Marvadi, Marathi, Telugu and Oriya are the main languages spoken in Surat. The immigrants in Surat comprise more than 70% of the population. It is still a centre of the Jains and the Parsis.

The people of Surat are called Surtis. With a distinct characteristics and particular accent, Surtis always stand apart. Surtis are fun-loving and light-hearted people with a great love for food.

The Surti spicy cuisine is famous throughout Gujarat but it also includes deliciously prepared special sweetmeats. Ghari, a special type of sweet, locho, undhiyu, rasawala khaman and Surti Chinese are some of the popular recipes of the Surti cuisine. Surat as an exception in Gujarat has a non-vegetarian food culture.

Surat is the city where all festivals are celebrated with great spirit. Starting from Navratri, Diwali, Ganesh Chaturthi and the kite flying festival during Makar Sankranti, all are very popular festivals in Surat.

Chandi Padvo is also another favourite festival of the Surtis that usually falls a day after Sharad Purnima, the full moon day in the month of October. On this day, Surtis buy Ghari and lots of other Surti delicacies.

Surat is Famous for

How to Reach Surat