Nativeplanet
»
Travel guide
»In The Lap Of Mother Nature – Dandeli

In The Lap Of Mother Nature – Dandeli 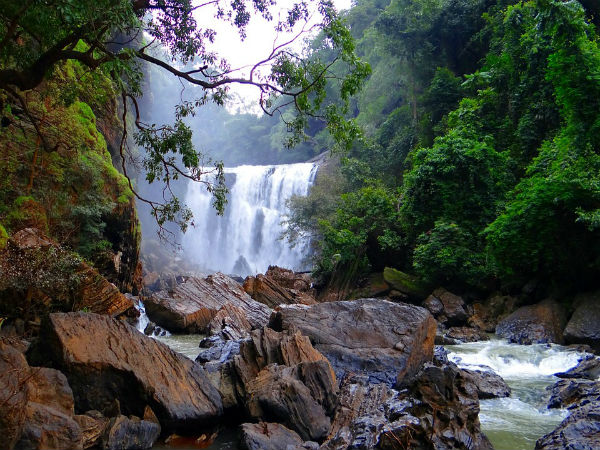 Considered as one of the most popular weekend getaways for the folks of Bengaluru and Pune, Dandeli is truly paradise for every nature lover and is a must visit for those who love to connect with Mother Nature.

Dandeli is known for its hills and several gorgeous peaks covered in lush vegetation and is filled with a rich variety of flora and fauna along with plenty of avian species. This combination gives beautiful views of the entire region.

The place is very popular amongst the trekkers and adventure lovers, who come here for camping and various other activities, which induce an adrenaline rush. Dandeli opens its doors wide with plenty of things to do and see; the place is home to a large number of wonders of nature which are waiting to be explored.

Dandeli, is a year-around destination, which is open to tourists throughout the year. However, the best months to visit the place are from February to May and October to December; the weather conditions are pleasant and the place is filled with lush greenery.

Spread across an area of 835 sq km, this wildlife sanctuary is considered as the second largest of its kind to be found in the state of Karnataka.

The sanctuary is known for its steep slopes, deep river valleys and deciduous forests. Apart from this, the place is the abode of black panther, sambar, Malabar giant squirrel, elephant, tiger and many more wildlife species.

Dandeli Wildlife Sanctuary is located at a distance of 485 km from Bengaluru and is cut across by the tributaries of Kali, Kaneri and Nagjhari rivers.

Situated at a distance of 25 km from Dandeli, the Kavala Caves comprises of several ancient limestone caves which find their way through a winding tunnel. To reach the caves, you have to climb a flight of 375 steps, where you would come across a naturally formed Shivalingam.

Visitors must crawl through the caves to have a glimpse of the Shivalingam which is highly revered. It is said that the caves have been in place since prehistoric times, which makes it a major draw.

Popular amongst trekkers and regular visitors alike, Shiroli Peak a major draw not only for being the highest point of the entire Uttara Kannada region but also for its breathtaking views of the surrounding mountains which belong to the Sahyadri ranges.

To trek to the peak, one needs to obtain permission from the forest department. Due to its elevation, the place is an all-time favourite amongst trekkers and nature lovers.

A very popular destination for boating and river rafting, the river Kali holds a major role in contributing to the natural beauty of the region. The river takes its birth from Diggi, which is a small hamlet in the Uttara Kannada region, and flows through a lush green landscape that borders its banks.

How To Reach Dandeli

By Air: The nearest major airport is the Hubli Airport which is located at a distance of 80 km. The airport has regular flights operating from Bengaluru and to a number of cities across the country, such as Mumbai, Delhi, Kolkata, etc.

By Train: The nearest major railway station to Dandeli is Hubli which is located at a distance of 78 km from here. The station is well connected to most of the major towns and cities across the state and to a number of them across the country.

By Road: One of the best ways to reach the place is by road. One can find regular buses operating from Bengaluru to Dandeli and to the nearby cities of Hubli, Dharwad, etc.