Dandeli – A Treat For Lovers Of Green 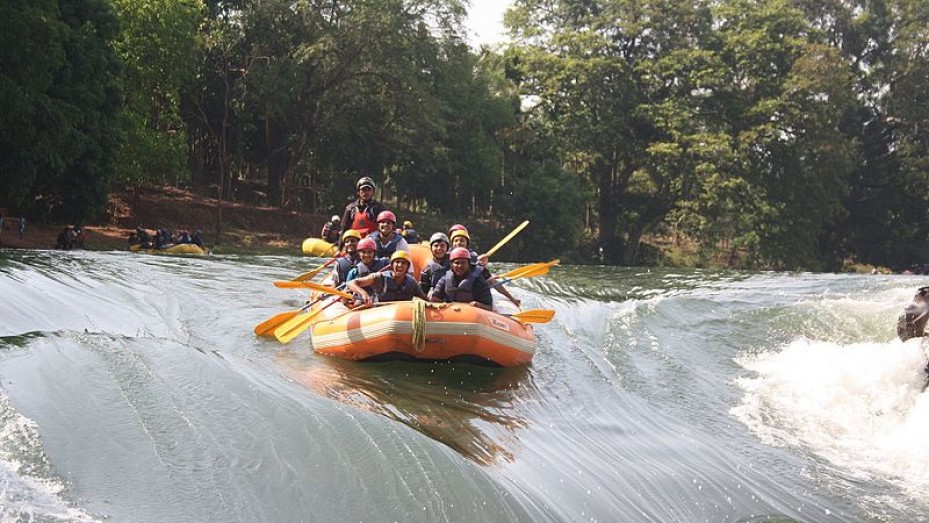 Dandeli is a small town situated in the Uttara Kannada district of Karnataka. Surrounded by the dense deciduous forests of the Western Ghats, Dandeli is a renowned adventure sports destination in South India.

This quaint town is a famous educational as well as industrial hub in the state and it is known for paper production and its many paper mills (The West Coast Paper Mills), which cover most of the land area of Dandeli. Dandeli is also a prominent tourist destination as it is considered to be one of the top white-water rafting destinations in India.

The Story Behind The Name

It is believed that Dandeli is situated at the place where the mythological Dandakaranya was present, which gave its name to the place. It is also believed that the place is named after the local deity Dandelappa, who was a servant of the Mirashi landlords.

If an alternative folklore is to be believed, a King named Dandakanayaka, enchanted by the beauty of the forests, named it after himself.

Why Tourists Flock To Dandeli?

The dense deciduous forests of the Dandeli Wildlife Sanctuary are crisscrossed by the meandering streams of River Kaneri and River Nagajhari, which are the tributaries of River Kali. This sanctuary is the natural habitat of diverse species of wildlife such as tigers, leopards, black panthers, elephants, gaur, deer, antelopes, sloth bears, civet cat, bison, jackals, and langur, along with more than 300 species of birds and many different reptilian and amphibian species.

Dandeli offers kayaking, canoeing, water rafting and overnight rafting or canoeing trips on the Kali River, along with other adventure sports like cycling and mountain biking. It also offers crocodile spotting, nature walks, treks, boating, bird watching, and angling trips to its visitors.

Some Tourist Places In Dandeli

This place is noted for its famous historic landmarks and religious spots such as the Ulavi temple, Sykes Point, the Supa hydroelectric dam, the caves of Kavla and the Syntheri rocks. Dandeli lies on the banks of the River Kali at an average elevation of 1551 feet above sea level, with a backdrop of the Western Ghats.

How To Reach Dandeli

Situated at a distance of 125 km from Goa, Dandeli is well connected to Dharwad, Hubli and Belgaum by roads.

Dandeli is Famous for

How to Reach Dandeli