Karwar - The Queen Of The Konkan Coast 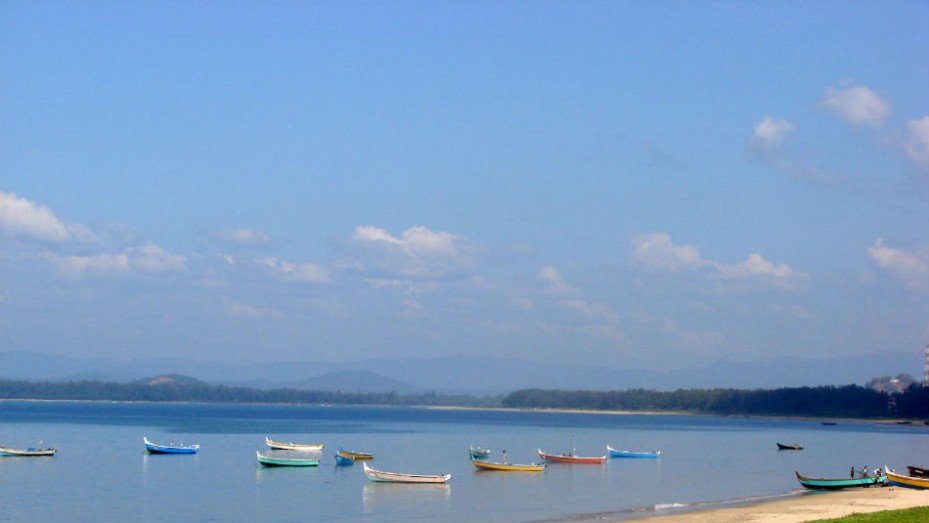 Karwar, on the western coast of the Indian Peninsula, lies just 15 km from the district of Goa and 520 km from the state capital of Bangalore. It is the district headquarter of the Uttara Kannada district and is a historic town as it has been a vibrant trading post from the 15th century onwards.

As it is a natural harbour that lies in close proximity to the spice treasures of Kerala, the Portuguese, the British, the Arabians and now the Indian Navy have taken advantage of its location.

The Kali river joins the Arabian Sea very close to Karwar, where the famous Sadhashivagud Fort has been built next to the Kali River Bridge. The river, the bridge, the fort in the distance and the gently swaying coconut trees paint a perfect picture for tourists.

The Regional Culture And More

Karwar has a sizeable Muslim and Christian population as it has been ruled by Tipu Sultan and has been visited by many missionaries during the British and Portuguese rule, due to its proximity to Goa. People indigenous to Karwar are called the Aboriginals of Uttara Kannada and about 55% of the population speaks Konkani, not Kannada.

Culturally, the Konkani speaking Karwar people are closer to Goa, the only Konkan state in the country, though they have chosen to stay as a part of Karnataka.

Fishing and tourism are the two main industries here, apart from the port. The pristine beaches with their golden sands, the coconut and casuarinas trees and the surrounding unspoilt areas offer tourists a rare haven.

Water sports like snorkeling, swimming, surfing and diving are available in the many beautiful beaches of Karwar like Dev Bagh, Koodi and Kaju Bagh, making the place ideal for adventure tourists. There are also many historic temples, churches and mosques and mausoleums for those interested in sightseeing.

There are ancient art works and amazing architectural sites to be found in these temples. In the past decade, the Indian Navy has set up a base here and the port has since been closed to the public for security reasons.

However, every year, during the Navy Week, the Navy allows visitors and during this time you can catch a glimpse of the beautiful natural harbour that has attracted people from around the world for centuries.

Winter is the best time to visit Karwar.

How To Reach Karwar

Karwar is accessible by air, road and train

Karwar is Famous for

How to Reach Karwar