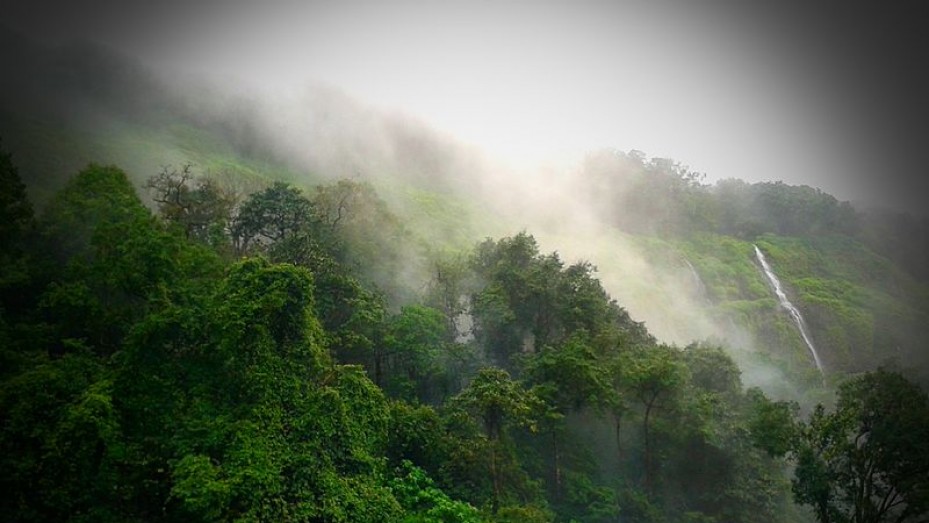 Amboli is a pretty little hill station situated at an altitude of about 700 m in the state of Maharashtra. This tourist hot spot lies in the Sahayadri Ranges and comes under the Sindhudurg District.

The city of Amboli was used as a staging post during the British rule for the purpose of supplying garrisons to Central and Southern India. It was during this time that Amboli was declared to be a hill station in the 1880s. The locals of Sawantwadi had discovered the marvel of this small place even before the Britishers.

However, with the monsoons making it the wettest region in Maharashtra, better sense prevailed and the British turned to Matheran as their favourite summer retreat spot. As a result Amboli was an inconspicuous dot on the map of Maharashtra for a long time.

Amboli proves to be a perfect spot for a quick weekend get away and is a great destination for a romantic escapade as well! Visit this place to slow down from the ever changing swift pace we are so used to in our daily lives.

Amboli is a haven for waterfalls. The Shirgaonkar Falls, the Mahadev Falls and the Nagatta Falls are some of the numerous waterfalls that can be found here. The Nagatta Falls provides for an excellent location for picnics and relaxing.

The HiranyaKeshi Falls houses a small and archaic Shiva Temple near the mouth of its caves. It is rumoured that the temple was built by the embodiment of Shiva himself. Interestingly the Hiranya Keshi Temple got its name from Goddess Parvati who was referred to by the same name.

Being a hill station, Amboli has many viewpoints, like the Sea View Point, the Kavelsad Point, the Parikshit Point and the Mahadevgad Point. All these points offer panoramic views of the confluence of the Arabian Sea and the Konkan Coast.

Travelling to this place during summer is a good idea since Amboli is a hill station and the height at which the place is located ensures a cool atmosphere even during the heat. However, the month of May must be strictly avoided as the heat can get pretty unbearable. The monsoons make for a pleasant stay in this region with the temperature coming down to a cooler 20 degrees.

The winters are an amazing time to visit the place too.

How To Reach Amboli

Amboli is easily accessible by air, rail and road given its proximity to Sawantwadi and Goa. By air, the Domestic Airport in Goa comes closest in the list of airports, at a distance of about 70 km. By rail, make use of the Sawantwadi Railway station. Amboli can be further reached from the railway station by a cab.

With Mumbai about 550 km away and Pune about 400 km away, there are several buses available not only from these two cities but other cities and towns as well to help you reach Amboli by road. Amboli is an ecological hotspot that is abundant with several varieties of flora and fauna.

If one seeks for a little solitude, Amboli is the finest answer we can come up with. The canopy hills and the dense forests amidst the refreshing cool air make this place nothing short of a paradise. After all, this placid hill station isn’t called the ‘Mahabaleshwar of the Konkan’ for nothing!

Amboli is Famous for

How to Reach Amboli