Nativeplanet
»
Travel guide
»All About Kali Tiger Reserve Near Dandeli

All About Kali Tiger Reserve Near Dandeli 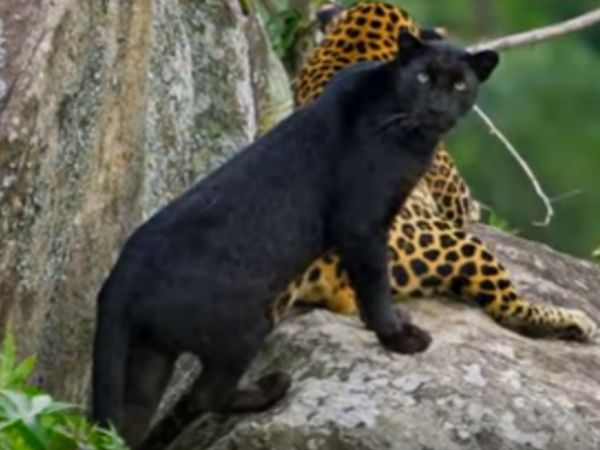 Who doesn't get attracted to forests? Guess we all want one such escapade from the confines of city life. Nature always gives something that soothes the soul and there is no doubt in that. Hence, wildlife destinations stay on top of the tourism charts. In this article, let us know about Kali Tiger Reserve near Dandeli.

A Sneak-Peek Into Its Past!

Earlier, the region was separately called as Anshi National Park and Dandeli Wildlife Sanctuary. Later, both of them together was included under Project Tiger. Hence, it became Kali Tiger Reserve.

Reason Behind the Name

Kali River, which forms the major source of water for Uttara Kannada, flows through the tiger reserve. Since these regions come under the Kali River Basin, it was named as Kali Tiger Reserve.

Kali Tiger Reserve comprises of tropical rainforests. Hence, it supports numerous animals species. This belt of Uttara Kannada district is a part of the Western Ghats.

Apart from the concentration of Tigers, it is one of the places where you can spot black panther. Yes, Kali Tiger Reserve is known for housing many tigers, black panthers and elephants. Since the reserve is spread across a region, it is hard to spot these exotic animals. However, elephants are a common sight here.

Birds are some of the prominent attractions in Kali Tiger Reserve. Resident birds as well as migratory birds dwell in this jungle. Birds like black-crested bullbul, crested serpent eagle, Malabar pied hornbill, brahminy kite and so on are seen here.

What Can You Do at Kali Tiger Reserve

The bounty of nature offers a lot of travellers. Visitors can jungle camp or nature camps in the region of Anshi National Park, Safari in the jungle, trekking trails, visit Syntheri Rocks near Kulgi Nature Camp, bird watching, river rafting in the Kali River and nature walks are some of the top things to do in Kali Tiger Reserve.

Kali Tiger Reserve is around 55km from Dandeli. The town of Dandeli is one of the top tourist places in Karnataka.

The months from November to May are the best time to visit Kali Tiger Reserve. The rain starts kicking in from the mid of June and the park will be inaccessible for a visit.

So, a trip to Kali Tiger Reserve near the town of Dandeli is a must. The dense vegetation and the wildlife is most amazing to explore. The Kali River in Dandeli is known for river rafting in Karnataka. Anshi National Park and Dandeli Wildlife Sanctuary forms an integral part of Dandeli tourism. Thus, do explore this amazing place.