Sivasagar – Ahom Capital For A Century 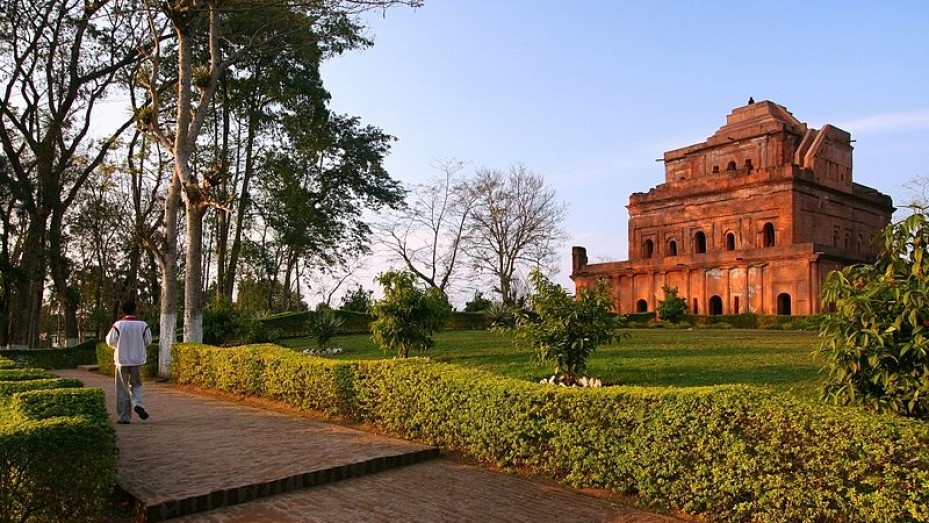 Sivasagar, previously known as Sibsagar, literally translates to the the ocean of Lord Shiva. Sivasagar is the district headquarters of the same name and is 360 kilometres from the state capital Guwahati. It is a historical town as it was the capital of the Ahom kingdom for about 100 years. There is a 129-acre artificial tank called the Sivasagar Tank around which the town is built.

The presence of historical monuments belonging to the Ahom times is considered the pride of the town. Today Sivasagar has grown from being merely a historical town with oil and tea gardens surrounding it; there is a lot to explore in this upper Assam tourist destination.

The Ahoms ruled the Assam region for over 600 years until they were completely wiped out by the Burmese in the year 1817. The kingdom was later annexed to the British. Sivasagar was divided into three sub-divisions by the British for administrative purpose.

Tourist Places In And Around Sivasagar

Having been the Ahom capital for a long time, many things in Sivasagar are reminiscent of the great rulers. The astounding Sivasagar Tank is the most significant attraction of the town. Built more than 200 years back, this tank’s height is higher than the city’s height. There are three important temples around the tank namely, the Shivadol, the Vishnu Dol and the Devidol. All these temples were built by Queen Madambika in the year 1734.

There are several palaces that further enhance Sivasagar tourism. Talatal Ghar, Kareng Ghar and Gargaon Palace are some of the popular palaces in the town. While the Talatal Ghar is the ground floor of a seven-storeyed palace having two secret tunnels, the top floors are known as Kareng Ghar. While touring Sivasagar, one must check out the amphitheatre called Rang Ghar. The roof of Rang Ghar resembles an upside down boat.

How To Reach Sivasagar

Connectivity to Sivasagar is good with the roadways in very good condition. The nearest railway station is located 16 kilometres from the town at Simaluguri. Though there are no airports in the town, the closest airhead is at Jorhat located just 55 kilometres from Sivasagar.

Sibsagar is Famous for

How to Reach Sibsagar