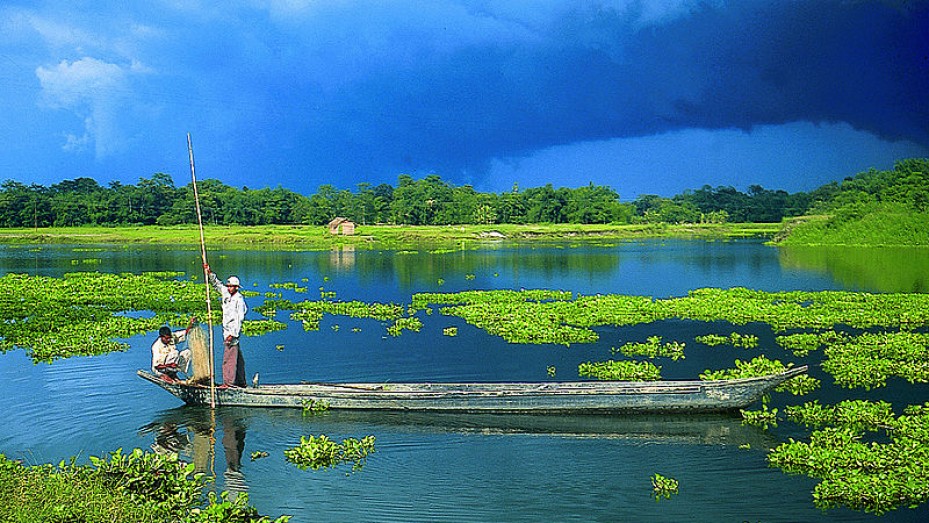 Majuli is a mystic place that is wrapped in history and culture and one of the star attractions of Assam. Majuli is not just the biggest river island in the world, but it is also the seat of neo-Vaishavinism in Assam. Majuli tourism may be small, but it is filled with life. If the mighty Brahmaputra enhances the natural beauty of the place, the Satras give it the cultural identity.

Many Facets Of The Island – Tourist Places In And Around Majuli

Majuli holds the prestigious recognition of being the largest river island in the world. Originally the island was spread over an area of 1250 sq km but due to erosion, its size has reduced considerably. Today it covers a total area of 421.65 sq km only. Majuli is located just 20 km from Jorhat which can be reached by ferries.

Life in Majuli is only about celebration. Amidst incessant floods, ecological degradation what lives on is the spirit to live. Culture and religion has made Majuli what it is today. The Satras or the socio-cultural institutions are the lifelines of the river island.

There are as many as 25 Satras in the island which work as monasteries and heritages for many, which will be of interest to travellers. These Satras are regarded as the hub of neo- Vaishnavite culture which was first promoted by revered Assamese saint Srimanta Sankardeva and later by his disciple Madhavdeva.

Here, not only is Vaishavinism taught and promoted but it is also home to one of the principal classical Indian dance routines- Sattriya dance. Satras (pronounced in Assamese as Xatra) are the socio-religious institutions adhering to the neo-Vaishavinism teachings of Srimanta Sankardeva, the pioneering religious leader of Assam.

Majuli tourism is incomplete without these Satras. Each Satra has its own distinguishing feature, teaching something different yet something very close to Assamese culture and tradition. If the Kamalabari Satra is one of the most influential and most noted Satras in Majuli, the Auniati Satra is famous for the festival called Paalnaam and Apsara Dance. Benganaati Satra and Shamaguri Satra are two other important Satras in Majuli.

How To Reach Majuli

Being a river island the only way to reach Majuli is on ferries across the river Brahmaputra. Ferry service is available from Nimati Ghat in Jorhat.

The climate at Majuli is quite harsh with prolonged monsoons. If the summers are hot and humid, the winters are considerably cool and favourable for Majuli tourism.

Majuli is Famous for

How to Reach Majuli