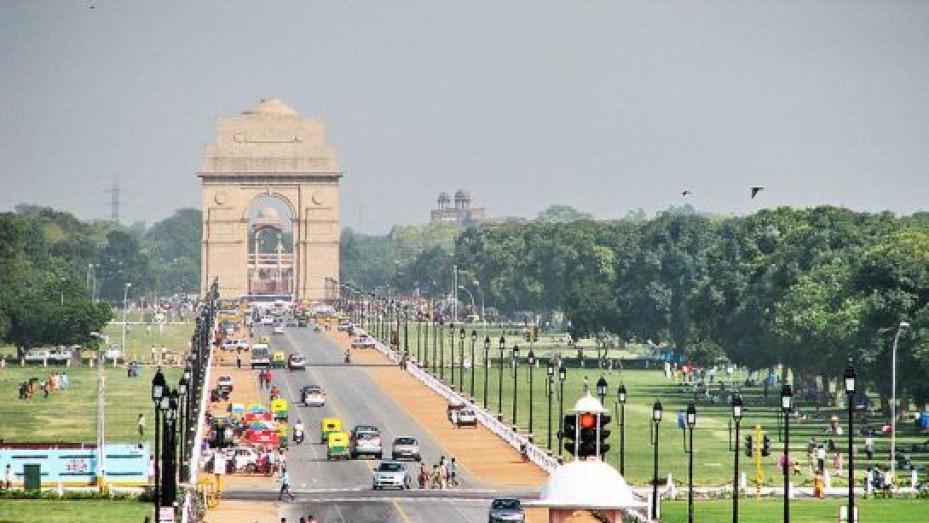 Rajpath – as the very name suggests, is Delhi's 'Royal Street'. Stretching from the famous Rashtrapathi Bhavan via Vijay Chowk, India Gate to Delhi's National Museum, it is a ceremonial street for the Republic of India. Considered as one of India's important boulevards, it is flanked by trees, ponds and beautiful green lawns on either side.

Each year on January 26, the annual republic day parade takes place on this road. It is this road through which funeral processions of popular Indian politicians pass. While the road passes straight towards Raisina Hill and ends at the Rashtrapati Bhavan gates, roads from Connaught Place run into the boulevard from the North.

The important buildings and landmarks surrounding Rajpath include secretariat buildings, Rashtrapathi Bhavan - the residence of the President of India, Vijay Chowk or the Victory Square and the India Gate. Since the stretch is surrounded by various buildings that are politically important, it happens to be a highly protected area with very tight security.

The plan of the Delhi City was made by British architect Edwin Lutyens with Rajpath as the place of key importance of the entire plan. Most of the buildings around Rajpath were designed by Lutyens and yet another architect named Herbert Baker.