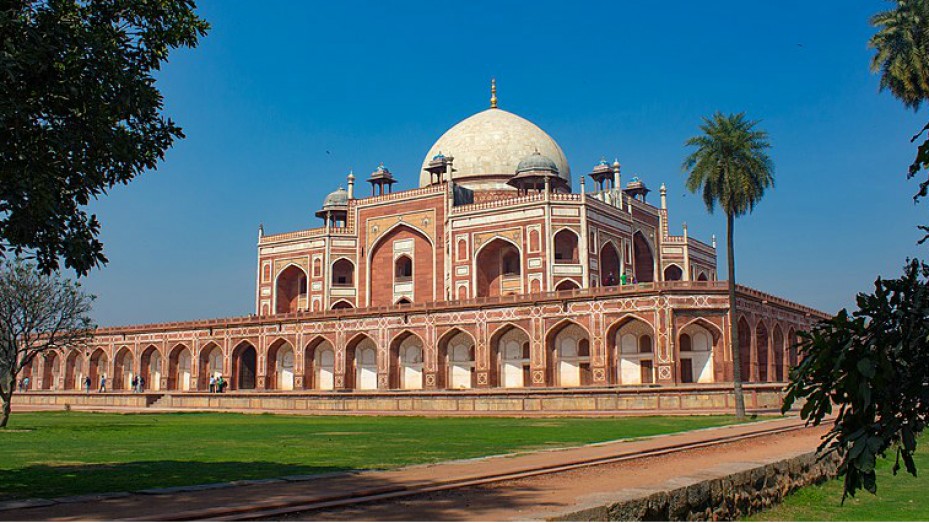 The tomb of Mughal emperor Humayun is in New Delhi, located on the famous site Old Fort/Purana Quila. Construction of a tomb in his memory was commissioned by his wife Hamida Banu Begum in the year 1562 AD while the structure was designed by a Persian architect named Mirak Mirza Ghiyath.

The tomb was built nine years after Humayun's death. Humayn's Tomb, a major tourist attraction at Delhi can be found located in the Nizamuddin East area in between the Lodhi Road and Mathura Road and was declared a UNESCO world heritage site in the year 1993 and is an excellent example of Mughal architecture in India.

Char Bagh Garden: It is a Persian style quadrilateral garden and was the first of its kind to be created in the entire South Asia.

Barber's Tomb: Present in the walled enclosure is a tomb called Nai-ka-Gumbad, which is the tomb of the person who was the royal barber. However, there is no name inscribed upon the tomb, indicating as to whom it belongs to.

The other monuments inside the Humayun's Tomb complex include Bu Halima's Tomb and Garden, Tomb and Mosque of Isa Khan, Nila Gumbad, Afsarwala Tomb and Mosque, Chillah Nizamuddin Aulia and Arab Sarai.