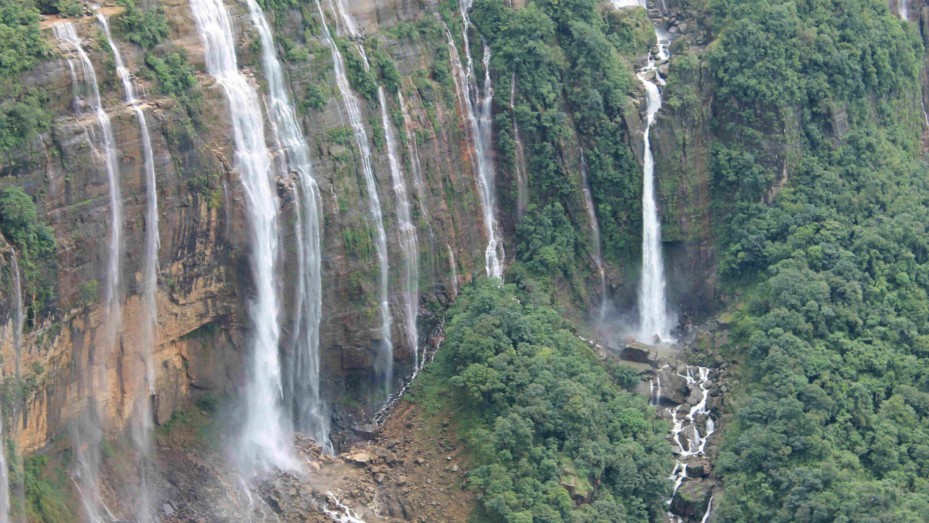 Nohkalikai Falls near Cherrapunji is the tallest plunge waterfall in India. Cherrapunji is known for the heavy rainfall it witnesses every year, and this waterfall is primarily fed on this rain. Hence, it dries up to a considerable amount during the dry season, which happens to be between December and February. Right below the falls, there has formed a plunge pool with beautiful bluish-green coloured water.

Nohkalikai gets its name from a local legend of a girl named Ka Likai who had leaped off the cliff next to this waterfall. Previously, one could only view the Nohkalikai from a distant viewpoint across the falls, but recently, steps have been constructed which will take you right to the bottom of the falls.

It is advisable for people with spondylitis, asthma, etc. not to descend, as climbing back up hundreds of stairs could be a rigid task. There are also various food joints and restaurants around the area where one could get several types of food that range from the local Khasi delicacies to North and South Indian dishes and even Chinese noodles. There are also small shops where one can purchase handmade local products of the region.