Varanasi - A Brush With The Divine At Varanasi 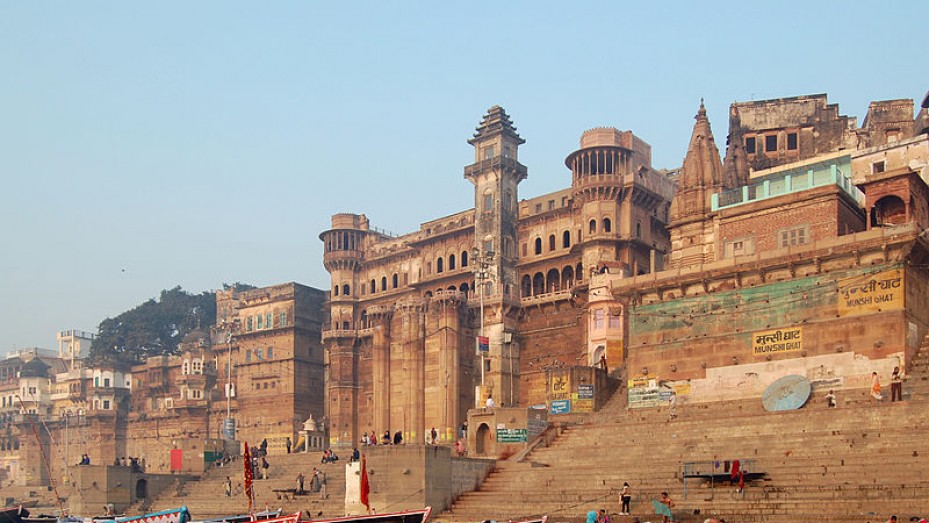 Varanasi, also known as Banaras and Kashi, is one of the oldest and continuously inhabited cities in the world. Known as the city of Lord Shiva, the Hindu god of creation and destruction, it is the holiest of all Hindu cities. It is widely believed that anyone who dies or is cremated here will attain moksha or the person would be eternally liberated from the cycle of birth and death. Hence, it is also called the Mukti Sthala (place of liberation).

In fact, a dip in the Ganges river is said to cleanse all the sins. To many visitors, the sight of pilgrims taking a holy dip in the river during sunrise and sunset presents a mesmerising experience. Every evening the aarti is performed on the main ghat of Varanasi.

The most fascinating aspect of this mystical city are the rites and rituals performed alongside the many ghats, which are used for everything from bathing, to aarti to burning bodies of the dead. These apart, you will find people doing yoga, getting massages and playing games of cricket along the edge of the river.

Tourist Places In And Around Varanasi

Varanasi offers you a brush with the divine. The most interesting aspect of the city is the several ghats (steps leading to the waters of the river Ganges). Some of the more well-known ghats include Dasaswamedh Ghat, where the aarti is performed every morning and evening, Darbhanga Ghat, Hanuman Ghat and Man Mandir Ghat.

Varanasi is perhaps the only city in the world that also offers what can be called “death tourism”. Visitors flock the Manikarnika Ghat where dead bodies are cremated in full view before their ashes are immersed in the Ganges. Assi Ghat has the maximum concentration of hotels and restaurants. Then there are other ghats worth a mention including Tulsi Ghat, Harishchandra Ghat, Shivala Ghat and the highly photogenic Kedar Ghat.

Varanasi is said to have been the abode of Lord Shiva and so there are plenty of temples dedicated to him including Kashi Vishwanath Temple and New Vishwanath Temple. Other temples of note include Tulsi Manas Temple and Durga Temple. Muslims find representation in Alamgir Mosque while Jains find solace in the Jain temples.

Religious sites apart, Varanasi also houses the Ram Nagar Fort, on the other side of the river, and Jantar Mantar, an observatory. The city is also home to the Banaras Hindu University, spread over a very peaceful campus. The university was once known as the Oxford of the East. The city is also a well-known centre for classical dance, music and yoga.

From December to February is the ideal time to visit Varanasi.

How To Reach Varanasi

Varanasi is well connected by air, train and road.

Varanasi is Famous for

How to Reach Varanasi