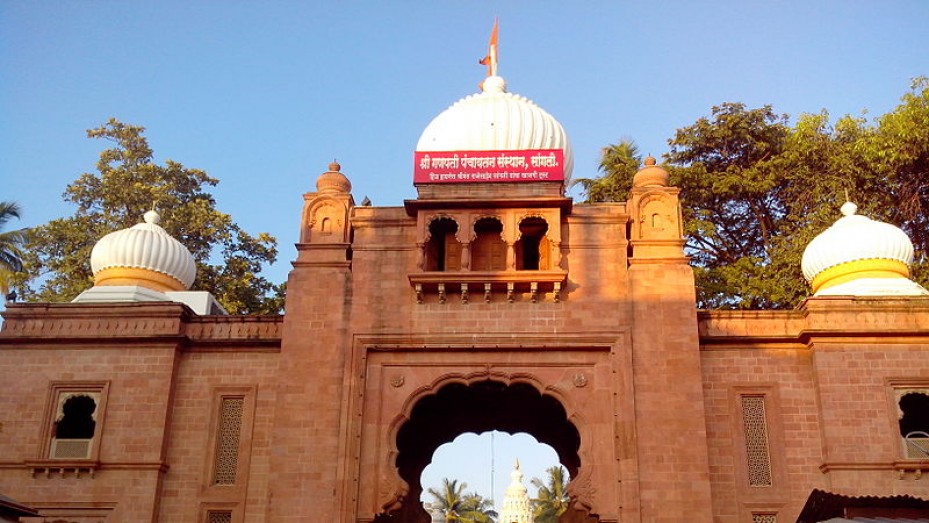 Known as the Turmeric City, Sangli is a prominent city in the state of Maharashtra. Sangli derives its name from ‘Saha Gali’ – which roughly translates to ‘Six Lanes’ in the Marathi language. In the olden times, the city of Sangli was also referred to as Natyapandhari – the birthplace of Marathi drama.

The small town near Sangli was the seat of the Chalukya Empire in the 12th Century. It went on to become one of the 11-gun princely states under the British Rule. During the Maratha rule, it served as a Maratha Jagir as well. In the pre-independence era, Sangli was ruled by the royal family of the Patwardhans.

Sangli is replete with numerous temples, bridges and wildlife sanctuaries. The Sagareshwar Wildlife Sanctuary is a popular attraction here and is home to an astounding 52 species of fauna. The Sanctuary is also home to many temples and places of worship.

The Sangameshwar Temple and the Ganpati Temple are amongst the most renowned temples in the region. The former is dedicated to Lord Shiva, while the latter is made in black stone and covers an area of more than two acres. Both the temples attract thousands of worshippers year after year on auspicious occasions concerning the two Gods.

The Sangameshwar Temple is especially thronged by its devotees during the month of Shravan – a month in the Hindu Calendar. The Kashivishweshwar Temple, the Ramling Temple and the Dattadeva Temple are a few other temples found here. Amidst these numerous temples is an equally famous Miraj Dargah that sees people belonging to all religions and faith come to seek blessings at this secular place of worship.

The Sangli Fort was a prestigious fort built during the Maratha rule, which presently serves as a Collector’s Office. Trekkers will immediately identify with the exciting trekking and hiking opportunities the Dandoba Hill Forest Preserve provides them with.

Why Go To Sangli?

Sangli is the largest producer of turmeric in Asia. Take some samples back home from the Spices Exchange corner in Mahaveer Nagar. That Sangli is a shopping hub is a well known fact. There is a list of areas that fulfil every kind of shopper’s dream. So if you intend to buy some jewellery, head to Saraf Bazaar.

The Kapadh Peth area will provide you with umpteen choices in garment fabrics and ready-made materials. Maruti Road is ideal if you plan to go shopping for clothes or footwear. Cosmetics are available here too. The Vasant Market Yard is a good place to hoard Dry Fruits while all kinds of musical instruments are found in the Miraj Market.

Sangli possesses an enviable history in Marathi music and drama, something which can be closely observed in the present day city as well. A little known fact is that Sangli is home to numerous legends in the social and political field. Mr. R.R. Patil, Asha Bhosle and Vasantdada Patil are a few veterans who belong to this city.

Sangli experiences a very hot and arid climate for the most part of the year. During the summer season, the temperature can soar to a menacing 40 degrees during the daytime and hence travelling during this time of the year is generally avoided. The monsoons are more than welcomed post the intolerable heat as the region is blessed with some bountiful rainfall. The Sangli Winters is the best time to explore the city as the surroundings are cool and pleasant.

How To Reach Sangli

Travelling to Sangli via any of the three modes of transport via air, road or rail is very convenient. If you plan to fly down, the Kolhapur Aiport is the nearest airport. By rail, Sangli is well linked by several daily and regular trains to all the major cities within and outside the state of Maharashtra like Mumbai, Pune, Hyderabad, Cochin and Delhi.

By road, the Bombay – Bangalore National Highway and the Ratnagiri – Nagpur Highway are two routes that help you reach the district of Sangli. The small city of Sangli is fast on the road to development. Amongst other things, it is a window into our rich historical background, a scenic spot to unwind amidst the mighty hills and a shopping hub.

With so many reasons to entice you, it is guaranteed that a planned vacation to this city won’t let your expectations down.

Sangli is Famous for

How to Reach Sangli