Ranchi - The City Of Waterfalls 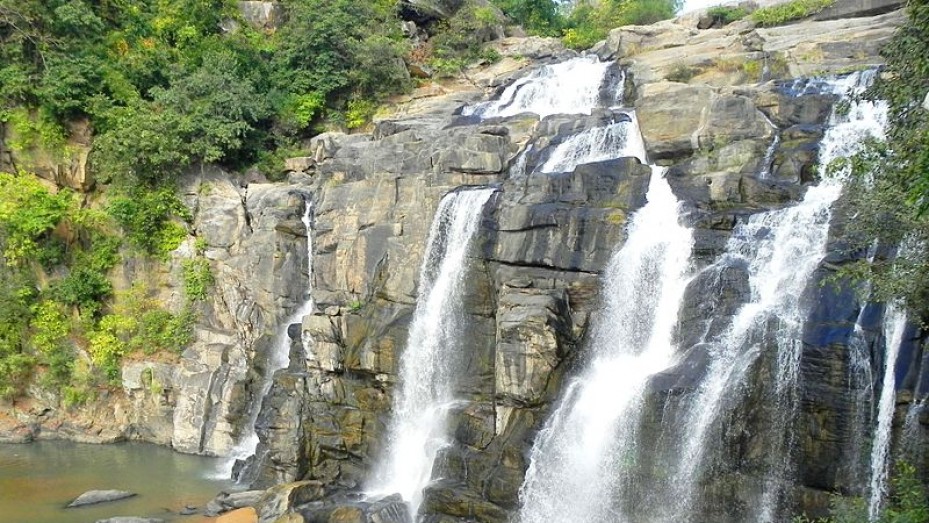 Nicknamed as the city of waterfalls, Ranchi is the capital and the second most populous city of Jharkhand. Ranchi is located on the southern part of the Chota Nagpur Plateau. This picturesque city sits comfortably at an altitude of 2140 feet above sea level and offers scenic splendour along with man-made comforts and superb urban amenities.

There are a number of waterfalls, rock formations, hillocks and several large industrial complexes worth more than one trip. The climate is pleasant most of the year.

Earlier the name of Ranchi district was Lohardaga. The old district had come into existence after the creation of the non-regulation, south-west frontier as a result of the Kol rising in 1831-32.

The name of the district was changed in 1899 from Lohardaga to Ranchi after the name of a small village now comprised within the headquarters station.

Tourist Places In And Around Ranchi

Ranchi, capital of Jharkhand is also called city of Waterfalls and lakes. Dassam Falls is 34 km from Ranchi on Ranchi-Tata Road near a village called Taimara. Here, the Kachni river, a tributary of Subarnarekha river falls from an altitude of 144 feet.

It is also known as Dassam Gagh. Similarly, Hundru Falls is about 45 km from Ranchi on Ranchi-Purulia Road. Here the Subarnarekha river falls from a height of 320 feet.

Jonha Falls also known as Gautamdhara is around 40 km from Ranchi. It is approachable by both road and train. The fall can be admired by descending around 500 steps.

There is a tourist rest house which has a Lord Buddha temple. The river Kanchi flows nearby. Other interesting places include Nakshatra Van, Gonda and Tagore Hill.

Ranchi is located on the southern part of the Chota Nagpur Plateau which forms the eastern edge of the Deccan Plateau. The Subarnarekha river and its tributaries constitute the local river system. Dams in Kanke, Hatia and Rukka have been built over these channels to cater to the water requirements of the majority population.

Ranchi has a hilly topography and its combination with dense tropical forests ensures that it enjoys a comparatively moderate climate compared to the rest of the state. Previously, it was accorded a hill station status during the British rule.

Rapid population growth and industrialisation have caused considerable change in the weather pattern and rise in average temperatures. This has resulted in gradual loss of this hill station-like status.

The ideal time to visit Ranchi is between October to May.

The climate in Ranchi is characterised by hot humid summers and generally mild to cool winters. Temperature ranges from maximum 42 °C to 20 °C during summer, and from 25 °C to 0 °C during winter.

December and January are the coolest months with temperature getting to freezing point in some places of the city. Monsoon in Ranchi are from June to September, during which it experiences heavy rainfall.

Ranchi is Famous for

How to Reach Ranchi