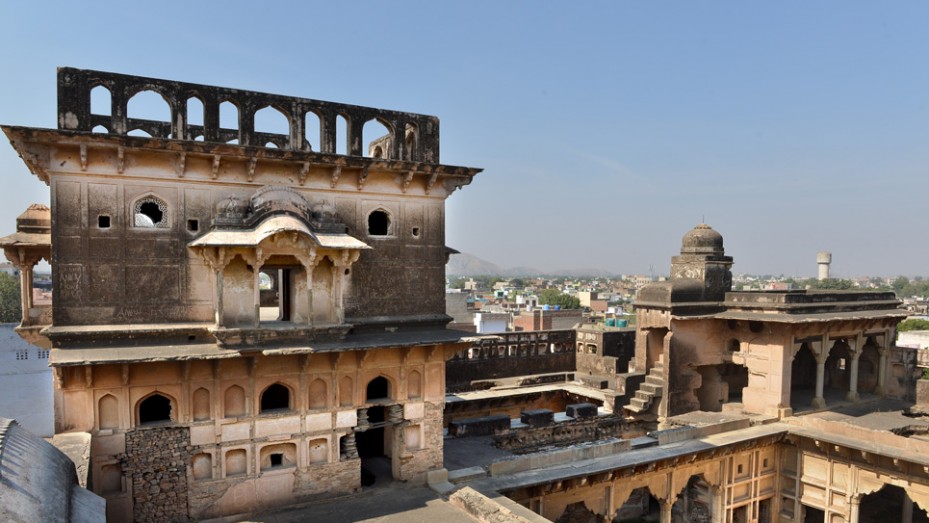 The Chatta Rai Bal Mukund Das is a huge palace which was built by Rai Bal Mukund Das, who was the Diwan of Narnaul during the reign of Mughal Emperor, Shah Jahan. Spread across five stories, the palace features several rooms, halls and pavilions.

The inner chambers, or the Diwan-e-Khas have marble floors and pillars. The palace has several fountains and springs to bring in some coolness in summer. The Persian wheel was used to fill water into the reservoirs from where the water flowed down at a great speed.

The fountains, however, are no longer working. The palace used to have underground chambers and was built in a way that light could stream in three layers. It also had tunnels that led directly to Delhi, Jaipur and Mahendragarh. Only one such chamber remains today.