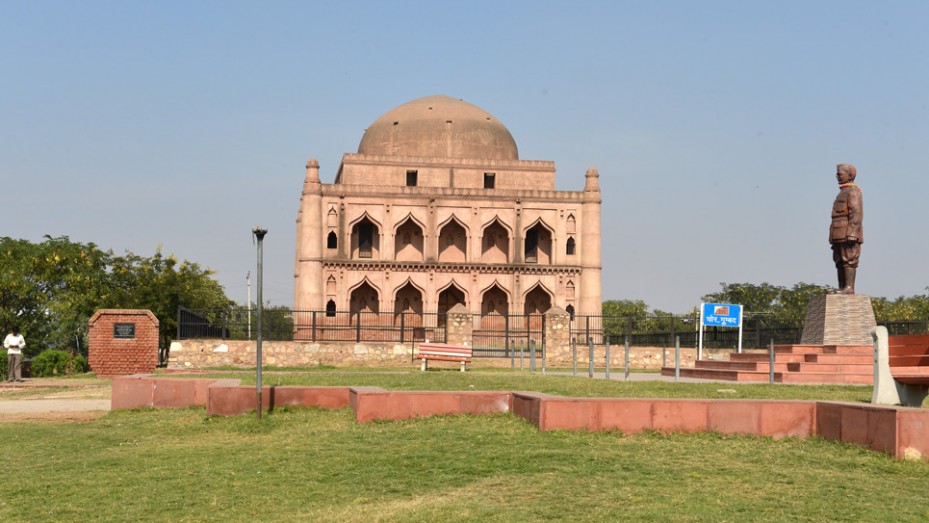 The Chor Gumbad was built by the Afghan Jamal Khan during the rule of Feroz Shah Tughlaq. This well-planned square building has four minarets on the outside and a large chamber within. Later, it became a hideout for robbers and thieves, and that is why the building is called Chor Gumbad – chor is Hindi for thieves.

The monument is called the ‘signboard of the town’ and is set separately from the other buildings in Narnaul. An important landmark of the area, it was recently repaired to ensure its structural stability.