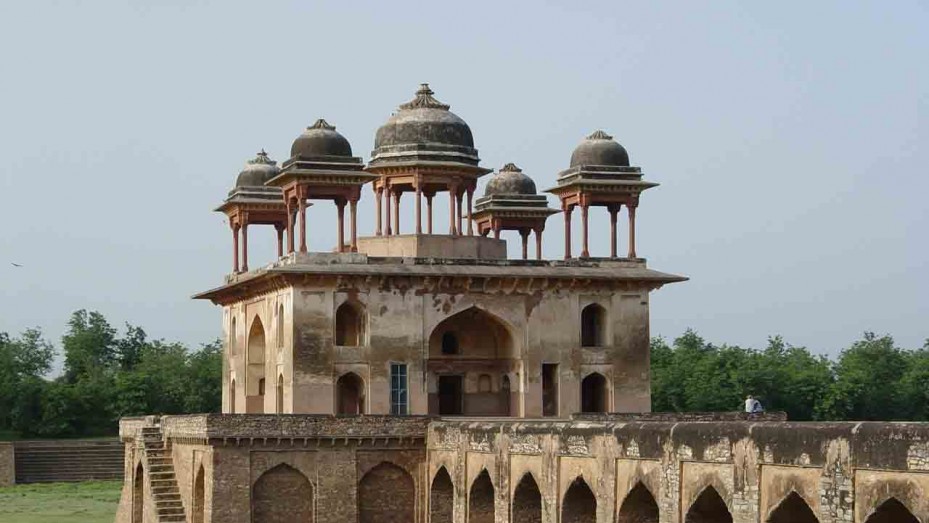 As the name suggests, Jal Mahal is a palace surrounded by water. Constructed by Shah Quli Khan who was the ruler of Narnaul and an officer in Akbar's court, in 1591, the monuments represent a stunning blend of Persian and Indian architecture.

It stands in the middle of a water tank which is now dry. A causeway from the north, which opens through an arched entrance, leads to the tank. Four minarets surround the main building, and they all have stairs leading to the top. The lower chambers have disintegrated, and no trace of them can be found.

The interior is mainly decorated in golden colour and has paintings, designs and geometric patterns on the walls and ceiling. The Jal Mahal is a historic building which is now under the supervision of the Government of Haryana; the government has repaired and refilled it.