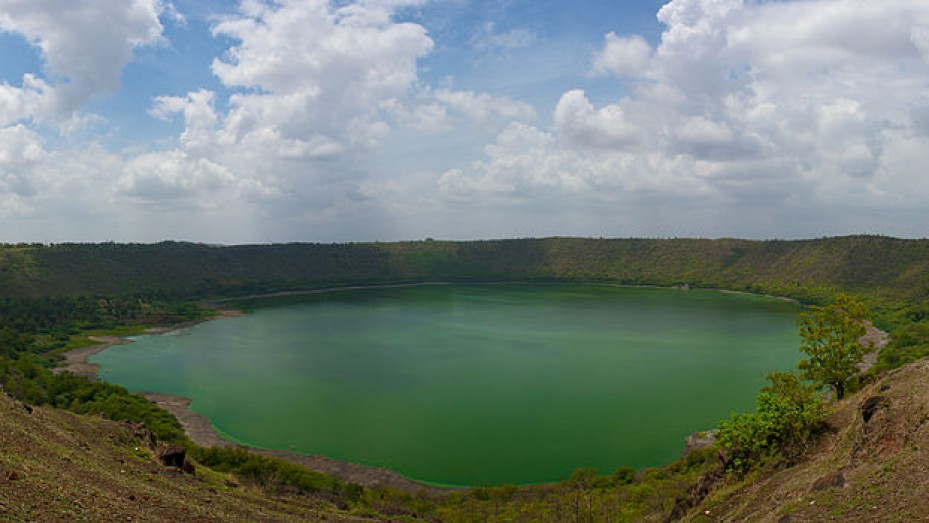 Lonar is a small town located in the Buldhana District of the Vidharbha region within the state of Maharashtra. The place is around 483 km away from Mumbai and at a distance of 148 km from the city of Aurangabad. Lonar has an approximate elevation of 1850 ft.

Lonar is hugely famous for a crater that was formed as a result of a meteor hitting the earth’s surface during the Pleistocene Epoch. The meteor is said to have hit Lonar an unrealistically long time back - about 52,000 years ago. Over the passage of centuries and millenniums, the crater then transformed into a lake and today goes by the name of Lonar Lake.

The diametre of the lake is about 4000 ft and the depth is around 450 ft. The crater is said to have been first discovered by J. E. Alexander – a British Officer. One can find mention of the existence of the crater in the holy scriptures of Padma Puran, the Skanda Puran and the Aina-i-Akbari.

Besides the lake, there is also an ancient temple of Daitya Sudan that attracts pilgrims from all over the country and is worth a visit.

The crater formed at Lonar is nothing short of a scientific marvel. One needs to see it to believe it. The crater might as well deposit you back in time, a mind-numbing 60,000 years back. Visit the Lonar Crater to witness this small window into our past and be amazed by the miraculous and incredible universe that we are a part of.

Though summers in Lonar are dry and hot, November to January marks the winter months which makes it the best time to visit this place.

How To Reach Lonar

Lonar is easily accessible by roadways though it has no direct rail and air routes.

Lonar is Famous for

How to Reach Lonar