Nanded And The Gurus … 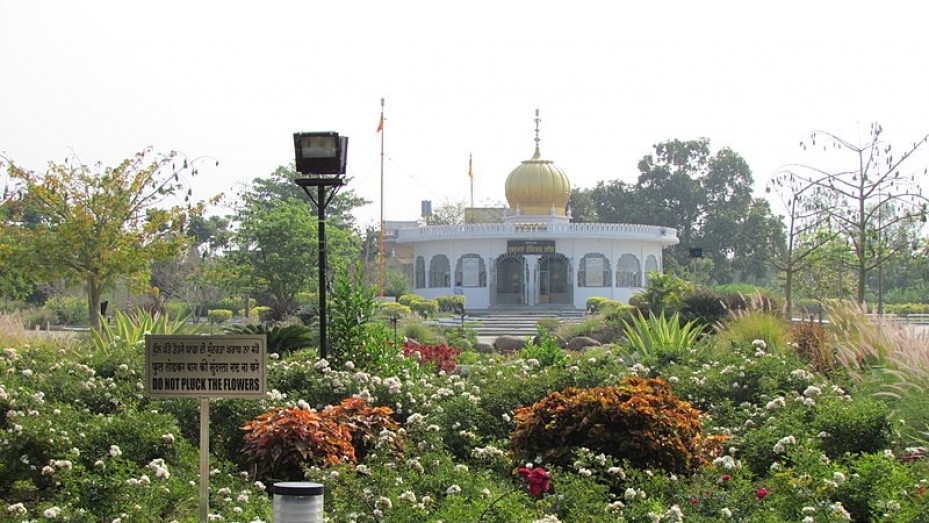 Nanded is a centrally located township in the Marathwada region of Maharashtra and has off late attracted a lot of investment from developers and religious organizations alike to better the services and tourist experience the town has to offer.

It is best known for a very famous Sikh Shrine, Hazur Sahib also known as the Sachkhand Gurudwara which was built after the demise of the last Guru Gobind Singh. Ever since the Moguls ruled the Indian Sub-Continent, Nanded has been of strategic importance which manifested into Nanded being eventually deemed a holy city. Nanded, today, is famous for many Sikh Shrines and Mosques and the religious energy and hues of the town attract several hundred pilgrims and tourists every day.

Not just that, Nanded is known to have several eminent Hindu Temples as well. It is said that Guru Gobind Singh, the tenth guru of the Sikhs settled into Nanded as his final residence and proclaimed himself the last Guru of the Sikhs. Thereon, he established the holy book, the Guru Granth Sahib, as the sole code of life for all Sikhs.

Some other famous religious destinations in Nanded are the Kandhar Dargah and the Masjid of Biholi along with the Govind Park and Isapur Dam which is around 100 km from the township. Nanded also sees a very exuberant Navaratri celebration which is a prominent Hindu festival.

The streets of Nanded are bustling with hawkers and road side tarp covered shops selling a variety of religious products, clothes, ornaments and given the town’s Sikh influence some very stunning imitation daggers and swords. Dig a little deeper and you might just manage a genuine one, with a story linked to it, albeit at a premium.

Bargaining on the streets of Nanded is as famous as the shopping itself. Quite obviously, given the mix of people, religions and festivals, Nanded is no stranger to some mouth-watering delicacies. As dusk approaches, the crowds and the roadside activity suddenly get amplified with a bunch of small eat and snack joints sprouting up.

Nanded is also home to a bunch of ancient forts like Kandhar, Dharur and Kunthaligiri. All of these Maratha forts make for a photographer’s paradise and travellers from all over the country and the world enjoy exploring these forts on foot. Nanded offers several trekking experiences as well, and planned tours can be planned using one of the many services within the city.

For the first timer, it's best to hire a guide which saves time and ensures one gets to see as much as possible. Given all the attractions, four to five days is more than sufficient to comfortably explore the extent of Nanded. Add another day or two for trekking and photography enthusiasts.

The best time to visit Nanded is around the advent of winter which is in the months of September to December. Nanded enjoys an inland climate, hot dry summers, low to moderate rainfall and chilly winters.

How To Reach Nanded

Simply put, Nanded is one of those rare places in India where people from different religions and cultures don’t just co-exist as is the case in many Indian cities. They celebrate life in unison, being part of each other’s festivals and seamlessly riding the cultural wave as time brings it on.

Nanded is Famous for

How to Reach Nanded