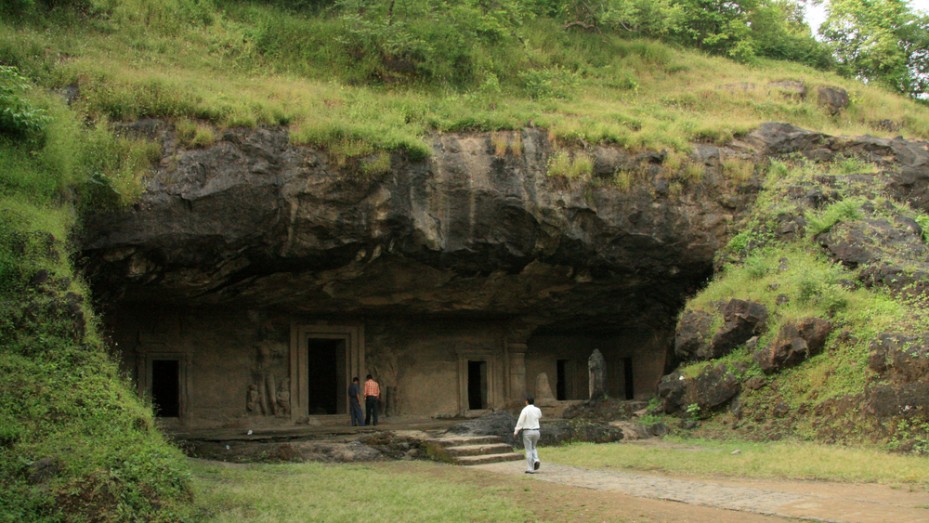 The famous Elephanta Caves, now a UNESCO World Heritage Site, are located on the Elephanta Island, a name it derives from the Portuguese who found an enormous sculpture of an elephant when they first arrived. The island, located off the coast of Mumbai city in the Front Bay, is also called Gharapuri, which literally means “the city of caves”. Elephanta houses 2 distinct sets of caves, one Hindu and the other Buddhist. Both caves are closed on Mondays for maintenance.

The island can be accessed via boat or ferry from the Gateway of India terminal at Colaba in Mumbai city. Fares are reasonably cheap and service to the island is available twice every hour. The journey to the island takes close to an hour and as a tourist one can enjoy the boat ride and the sights and sounds Mumbai Harbour has to offer.

On the way, as you get further away from the Gateway of India terminal, one can’t help but marvel at the University Tower, Victoria Terminus Tower and the Hotel Taj against the magnificent Mumbai skyline.

Once the ferry docks at the island, tourists disembark at the jetty, which leads them straight to the main cave staircase. One can also opt to use the narrow-gauge mini-train service, called the Elephanta Express Train, to the caves. The origins of the caves on the Elephanta Island can be traced back to between the 5th and 8th centuries AD though the creators are still unknown.

The main shrine or the Great Cave is the most popular of all the caves and most visited by tourists. Two of the most popular sculptures include the Elephanta Trimurti and Nataraja. The dance of Lord Shiva is another sculpture not worth missing! Apart from the more popular ones, tourist can get a glimpse of many more sculptures of Lord Shiva in various yogic asanas. As part of the conservation efforts, the island administration has established a museum as well.

A little bit of effort and one can climb right to the top of the island mountain to get a glimpse of the Cannon Point, which houses a huge cannon turret and a breathtaking view of the Mumbai city’s coastline, skyline and the island itself. Most tourists consider it too strenuous to get to the top, but the ones who do claim the extra effort is completely worth it!

Elephanta is Famous for

How to Reach Elephanta