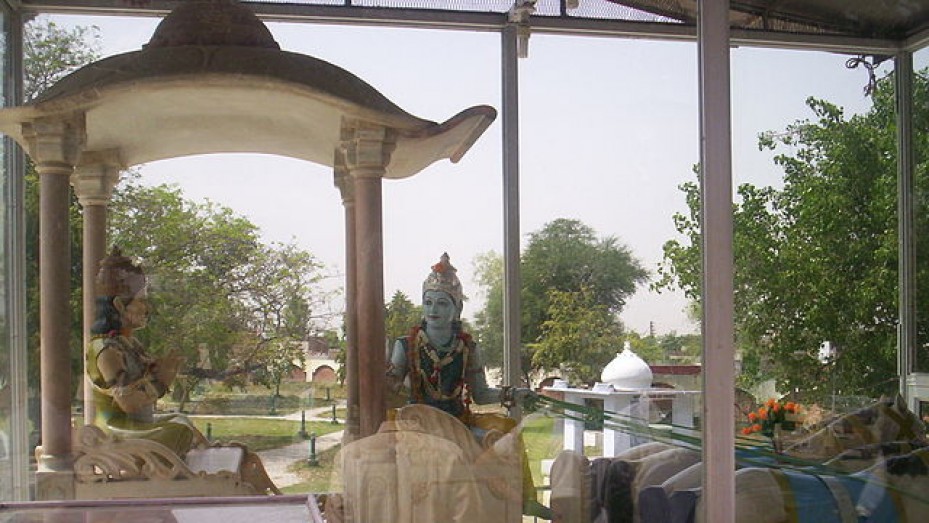 Probably amongst the most venerated pilgrim centres of the world for Hindus, Jyotisar was the place where Lord Krishna delivered the divine knowledge of Bhagavad Gita to Arjuna on the battlefield of Kurukshetra. It was the starting point of the battle where conches announcing the war were blown.

It is believed that its location and importance was realised first of all by Adi Shankaracharya in the course of his journey to the Himalayas in the 9th century of the Christian calendar. The ruler of Kashmir built a temple dedicated to Lord Shiva as a mark of recognition of its religious significance in 1850 AD. The monarch of Darbhanga built a stone platform around the sacred banyan tree, which still stands as testimony to the origin of Gita.

The sculpture, of the chariot driven by horses with Shri Krishna standing on it facing east while delivering the sermon and Arjun crouching humbly on the ground with hands folded listening intently, was built by the Shankracharya of Kanchi Kama Koti Peeth in 1967 at Jyotisar. A Light and Sound Show in Hindi and English is held every evening at Jyotisar.