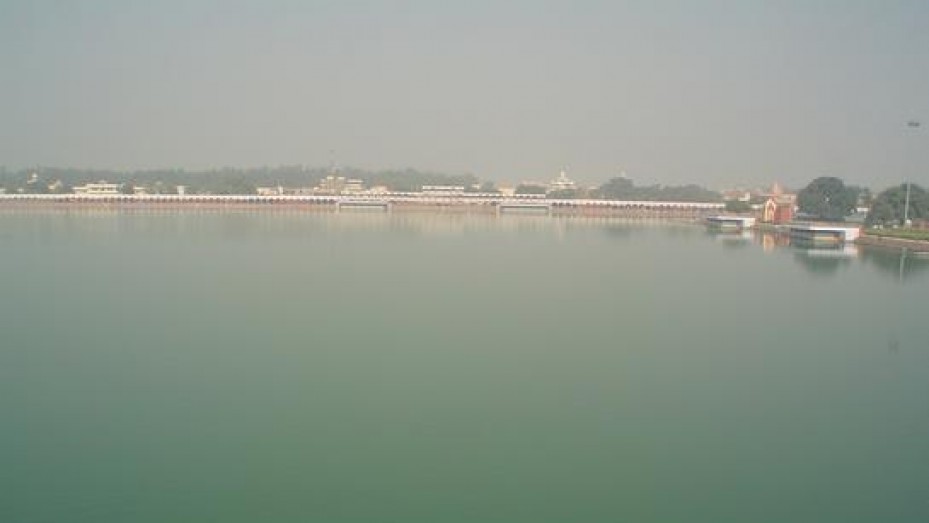 Brahma Sarovar tank is a sacred waterbody in Thanesar. As per mythology, Kurukshetra was created by Lord Brahma ensuing a huge yagna. There is also a statue of Lord Shiva in the sarovar which can be reached via a bridge. The tank stands spectacular during Gita Jayanti in the end of November and the beginning of December with deep daan (floating lamps in water) & aarti taking place. A dip in this tank is said to bestow the fruits of performing the Ashvamedha Yajna.

The tank, which now stands renovated, is 1800 feet long and 1400 feet broad. It is especially crowded during the solar eclipse and during Gita Jayanti. Along with the Gita Jayanti, the end of November and the beginning of December sees the arrival of some migratory birds from far off at the sarovar.