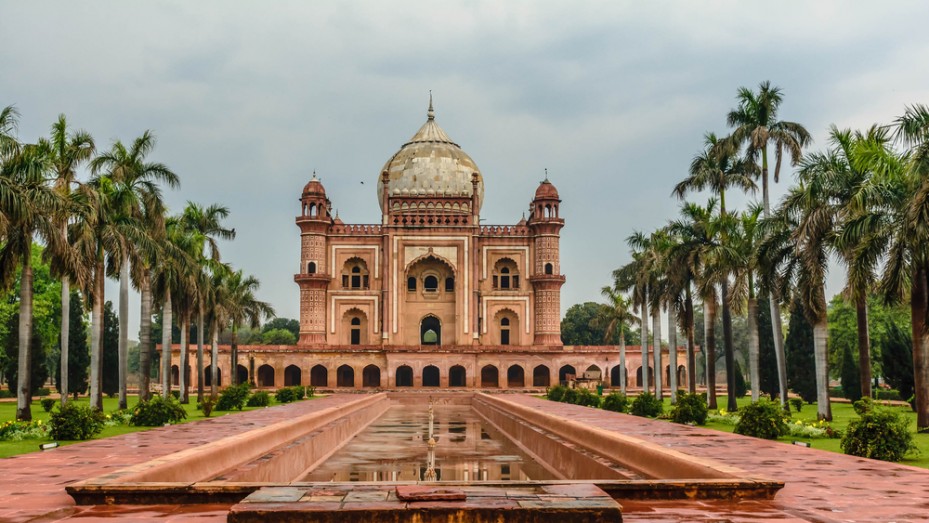 The Safdarjang Tomb in Delhi is the last enclosed tomb in Delhi. The tomb was built in the year 1753 by the Nawab of Awadh, Shiya-ud-Daulah for his father Safdarjang. The tomb has a white mausoleum and is known to be the “last flicker in the lamp of Mughal architecture”.

The entrance of this 300 sq km monument has a lovely entrance paved in red sandstone with impressive contours. The central arch of the tomb is a feast for the eyes with its lavish display of colours. The nine mini-tombs look up to the gigantic central white dome. All this add to the glory of the last architectural marvel of the Mughal empire.

It also has huge enclosure walls, tall fountains, lush Mughal gardens which make it a true attraction to be visited if you are at Delhi. The tomb has sixteen pavilions which have some unique names like Moti Mahal, Jangli Mahal and Badshah Pasand.

The Safdarjang Tomb is open to all on all days from sunrise to sunset. The tomb also has lent its name to all the areas surrounding the tomb.