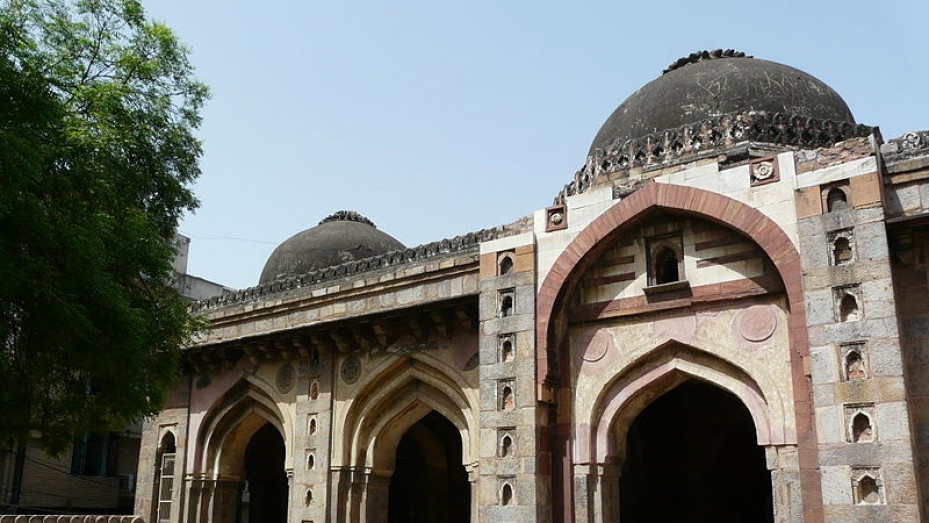 The Moth ki Masjid or the Masjid Moth which literally means Lentil Mosque was built in 1505 by Wazir Miya Bhoiya, who was the PM during Sultan Sikander Lodi's reign. The money earned from the cultivation of lentils (moth) in a vast area, served to build this mosque. Hence, the name Moth ki Masjid. The moth seed was presented to the PM by Sultan Sikandar Lodi.

The foundation stone of the mosque was laid by Sikander Lodi himself and the mosque is believed to be Miya Bhoiya's private mosque but now remains a monument.

The masjid is known for its Indo-Islamic architecture. Made in red stone, the mosque has windows with latticework screens, octagonal cenotaphs, a small semi-circular dome, open arches and double-storeyed towers. The intricate floral designs are a beautiful sight to cherish. Most of the Islamic structures in Delhi are built in red sandstone.

Unlike other traditional mosques, this one doesn't have any minarets, calligraphic decorations or embellishments; the architecture of the mosque has attracted tourists and visitors from around the globe. The monument is open from sunrise to sunset, on all days of the week, and the entry is free.