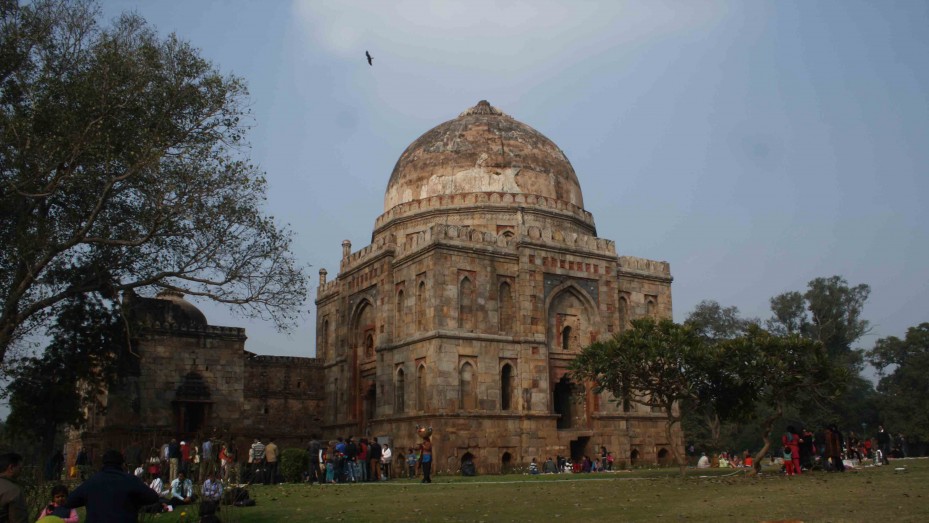 Lodi Garden is a park located at New Delhi. Spread across 90 acres of land, it is an area protected by the Archaeological Survey of India and is home to two important tombs – Lodi's Tomb and Mohammed Shah's Tomb. Apart from these tombs, the garden also has the Bara Gumbad and Sheesh Gumbad. All these structures are the architectural wonders from the 15th century Lodi and Sayyid dynasty rulers, who ruled a major portion of the northern India during the time.

Lodi Gardens can be found located in the midst of Safdarjung's Tomb and Khan Market and is a hot spot among that lot in Delhi who are health conscious, for it forms a perfect place for morning and evening walks.

A Sneak Peak Into The Details Of The Monuments Within

Sikander Lodi's Tomb: This tomb of Sikander Lodi was built in the year 1517 by his son Ibrahim Lodi. A simple rectangular edifice on a platform, the same was renovated by the British in the year 1866, and an inscription with details of Ibrahim Lodi's defeat by Babur was added upon.

Mohammed Shah's Tomb: This is the earliest tomb that was built in Lodi Gardens. It was constructed by Al-a-ud-din Alam Shah in the year 1444 as a tribute to Mohammed Shah – the last ruler of the Sayyid dynasty.

Bara Gumbad: the name of the structure means a big dome and acts as an entranceway to a three-domed mosque adjacent to it. Both the gumbad and the mosque were constructed in the year 1494 during Sikander Lodi's rule at the place.

Sheesh Gumbad: Sheesh Gumbad means a glass dome. It is called so for glazed tiles have been used for its construction. The gumbad consists of remains of a family, the identity of which is unknown. Sheesh Gumbad, too, was constructed during the rule of Sikander Lodi.