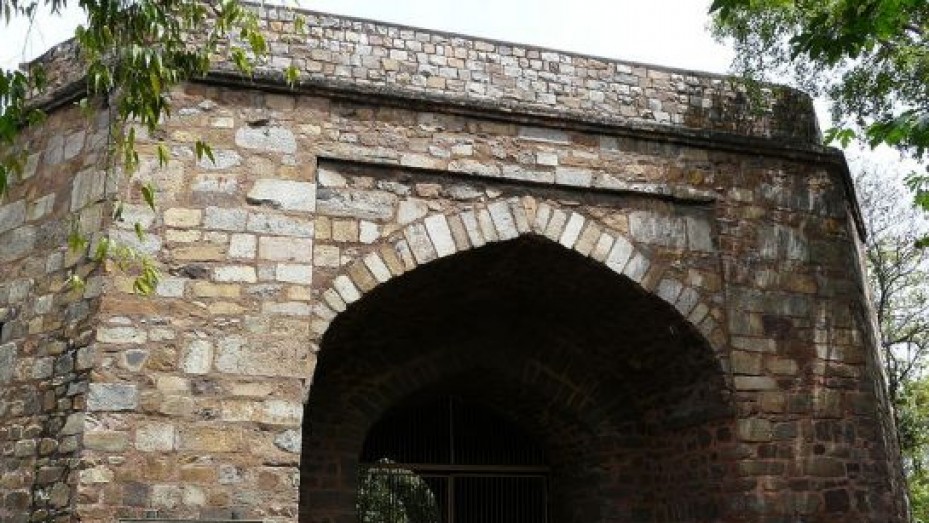 Khooni Darwaza (bloodstained gate) – As interesting is the name, so interesting are its legends. Khooni Darwaza is a gate present near the Delhi Gate on the Bahadur Shah Zafar Marg. Constructed by Sher Shah Suri – founder of Muslim Sur Empire, as one of the gates leading to a city called Ferozabad built by him, the gate was also renowned by the name Kabuli Bazar, for people from Afghanistan used to pass by this gate.

It is a 15.5 m tall gate, constructed out of Delhi quartzite stone. Khooni Darwaza has different levels that can be reached by three staircases within. The gate has gained its name for three Mughal dynasty princes, Mirza Mughal and Khizr Sultan – sons of Bahadur Shah Zafar and his grandson Mirza Abu Bakr, who were murdered at this gate by British Leader William Hudson, following the King's surrender to the Britishers on September 22, 1857.

However, there are many more legends attached to Khooni Darwaza, explaining as to why the gate could have gained such a name.

Here Are A Few Interesting Facts

It is said that Akbar's son Jahangir got the sons of one of Akbar's Navaratnas - Abdul Rahim Khan-I-Khana killed at this gate and the bodies were hung up at the gate and left to rot. He is said to have done so for Abdul Rahim plotted against Jahangir succeeding to the throne of Akbar.

It is also said that Aurangzeb defeated Dara Shikoh – his elder brother in the struggle for the throne and hung his head in display at the gate. It is said that this gate was bloodshed in the year 1739 when Nadir Shah of Persia had ransacked Delhi.

Post-independence too, some bloodshed took place at the Khooni Darwaza during the riot of 1947. Several refugees on their way to a camp at Purana Quila were killed at the place. Today, the gate is an ASI protected historic site. However, it has been sealed, and people are restricted from entering the place following an untoward incident that took place at the gate in the year 2002.