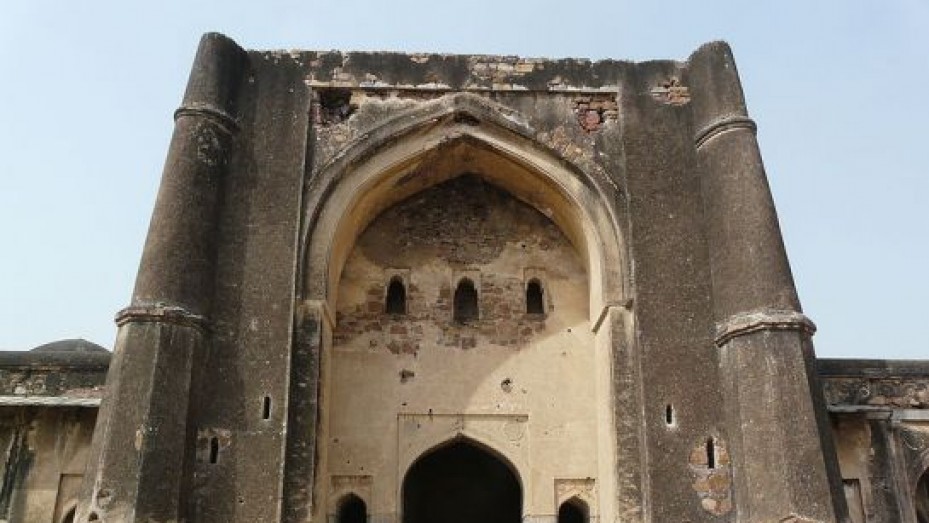 Jahanpanah was a city built by Muhammad Bin Tughlaq during the 1326-27 AD. It used to be the fourth medieval city of Delhi and was built to avoid the continuous threat to the place from Mongols and is currently located in South Delhi.

Jahanpanah is surrounded by the outer ring road, the Qutub Complex, the Mehrauli Road and the Chirag Delhi Road. Today, Jahanpanah and the many forts and other structures within can be found only in ruins, courtesy the fickle minded nature of Muhammad Bin Tughlaq's mind who is known to have gone on shifting his capital from Delhi to Daulatabad and back to Delhi yet again.

Yet, Jahanpanah still makes an interesting place to visit. Present in Jahanpanah today are the famous Begumpuri Mosque, the tomb of Sadhna Enclave, Lal Gumbad, the Serai Shaji Mahal and Bijay Mandal.

Back then, the mosque of Begumpuri was probably the biggest mosque. But most of its domes have today collapsed, and the building is dysfunctional. The Bijay Mandal probably was a 1,000 pillared palace of Muhammad Bin Tughlaq. This too is in ruins today.