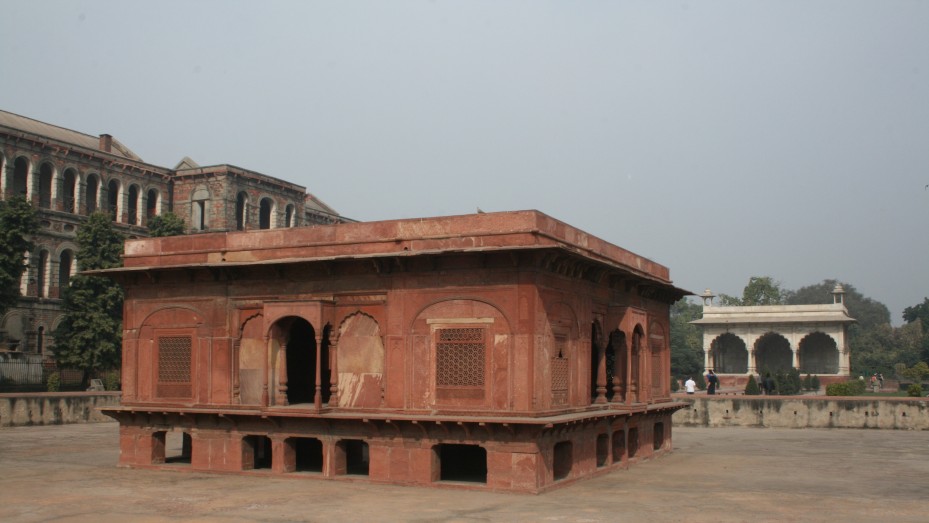 The Hayat Bakhsh Bagh or the Life-bestowing Garden is the largest of gardens in the premises of the Red Fort. The garden was built under the West Asian influence of the Mughals. This beautiful garden has tanks, pavilions, water channels and fountains and is divided into squares. The old records say that the flowers that were planted in the garden were of blue, white and purple shades.

At either end of the Hayat Bakhsh Bagh, there are two pavilions built in white marble called the Sawan and Bhadon pavilions. The pavilions got their names from the two rainy months of the Hindu calendar named Sawan and Bhadon. The Sawan pavilion has niches for candles at both sides which gives it a picturesque look.

Moti Mahal, Hira mahal and Zafar Mahal are also parts of the Hayat Baksh Bagh. Moti Mahal was, however, removed during the Sepoy Mutiny. The other attractions of the Red Fort are Naqqar Khana, Diwan-i-Aam, Diwan-i-Khas, Rang Mahal, Khas mahal and Mumtaz Mahal, amongst the rest.