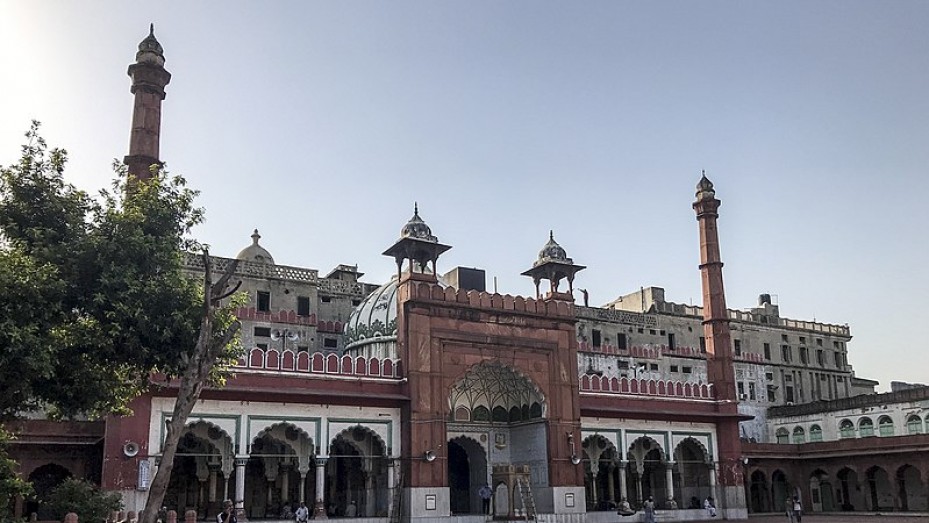 Fatehpuri Masjid is located at the western end of Chandni Chowk. The mosque was built by Fatehpuri Begum, one of Shah Jahan's wives, in 1650.

The mosque is built in red sandstone. The mosque is the only single-domed congregational mosque in the whole of Delhi. Though the mosque appears to be small from outside, it is a fairly big structure once you enter it.

The mosque boasts of traditional design and the prayer hall has seven-arched openings. The central arch is the biggest amongst these seven arches. There are single-storeyed and double-storeyed structures on both sides of the mosque.

The mosque has three gates. One of the gates is in front of the Red Fort, and the other two gates are to the north and south of the mosque respectively. The two festivals of Islam Eid al-Fitr and Eid al-Adha are celebrated at the mosque with grandeur.

The attractions near to the Fatehpuri Masjid are the Red Fort and the Jama Masjid. The biggest spice market of Asia, the Khari Baoli, is also situated in the surrounding area.