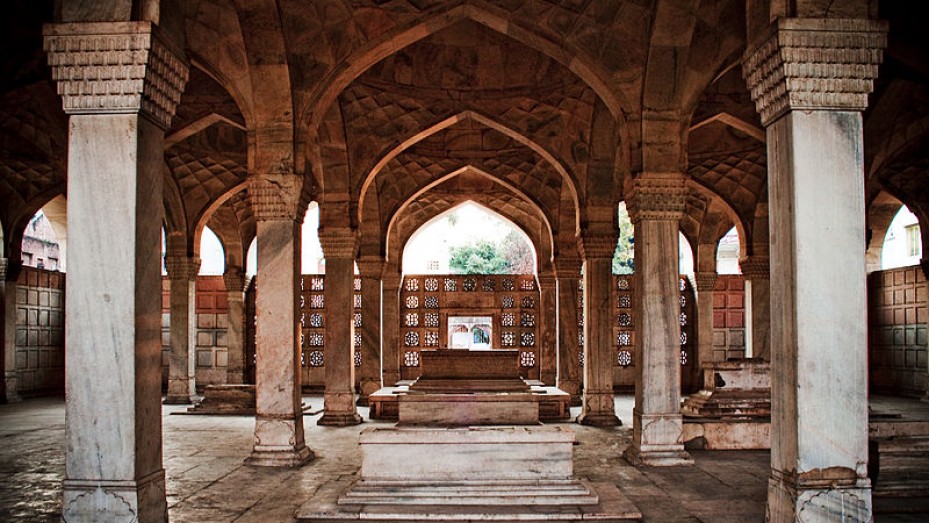 Chausath Khamba is a tomb in Delhi, built by Mirza Aziz Koka – son of Ataga Khan who was the prime minister of emperor Akbar, as a tomb for himself during the year 1623-24. Chausath Khamba, named after the two Urdu words Chausath and Khamba, which mean '64 pillars', respectively, was constructed during the rule of Jahangir in Delhi.

Present in Hazrat Nizamuddin Basti, Chausath Khamba is a square structure built out of white marble and consists of 64 columns that support 25 bays, each of which support a dome. These domes are inside the building structure, the roof of which appears flat from the outside.

And close by the tomb of Ghalib, there is the Ghalib Academy housing an Urdu literature library and a museum showcasing the works and collections of artworks and paintings of Mirza Ghalib.