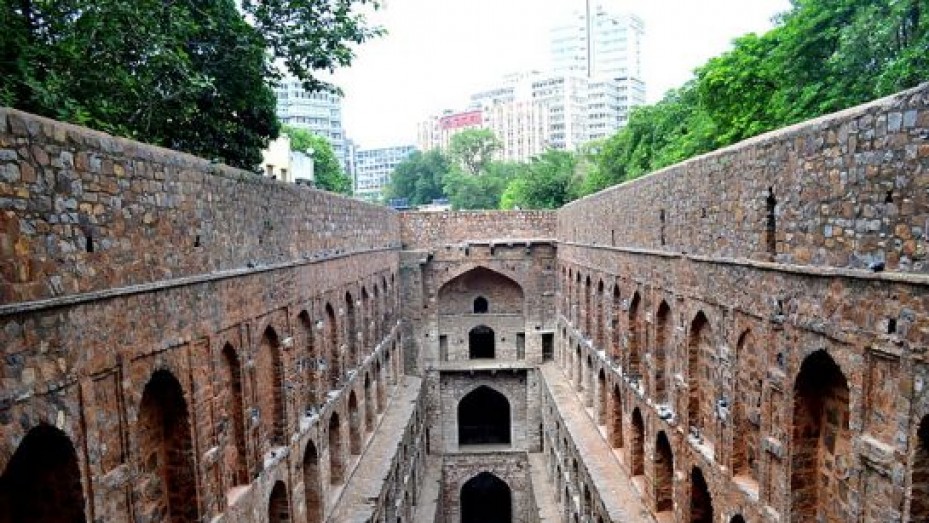 Agrasen Ki Baoli is a unique and interesting monument in Delhi. Eclipsed by the city's tall and modern edifices, only a few know about the existence of this historic stepwell in the national capital territory. Agrasen Ki Baoli is a historical monument taken care of by the Archaeological Survey of India.

Located on the Hailey Road close to Connaught Place, it is a 15 m wide and 60 m long artistic stepwell. Though no one knows about the person who commissioned its construction, legends have it that it was built by a legendary king named Agrasen of the Mahabharata era and was reconstructed by the members of Agarwal community during the 14th century.

The stepwell includes about 103 steps leading towards the base that once stored water and consists of five different levels. Unlike the other traditional stepwells that are mostly circular, this one is shaped differently with one end of it being a raised platform with roof and the other end without a roof being shaded by a huge neem tree.

Today there is no water in the baoli but the well is home to many pigeons and bats. It is a monument protected by the Archaeological Survey of India under its Ancient Monuments and Archaeological Sites and Remains Act of 1958.