Amritsar - The Cradle Of The Golden Temple 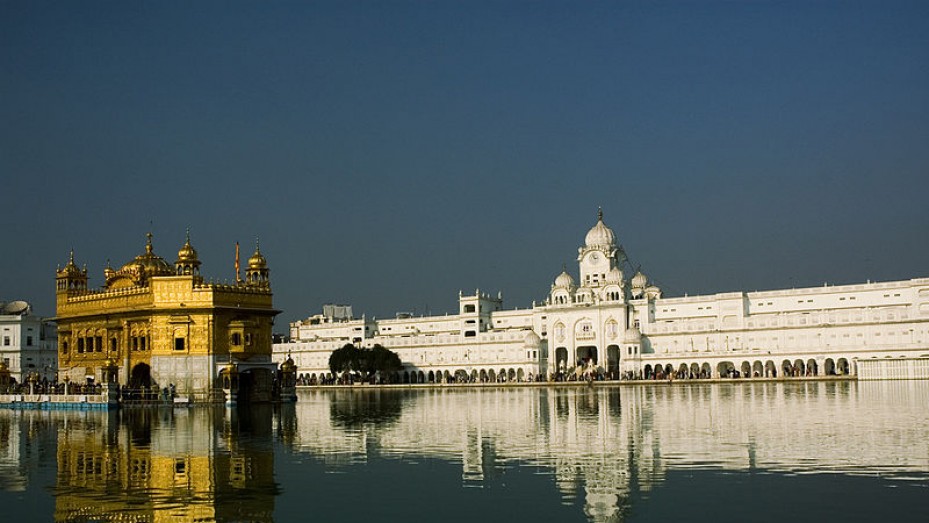 One of the largest cities in the state of Punjab in northwest India, Amritsar is the spiritual and cultural centre of the Sikh community. Named after the holy tank of Amrit Sarovar, the city of Amritsar was founded in the 16th century by the 4th Sikh Guru, Guru Ram Das Ji.

His successor Guru Arjan Dev Ji developed the city into a sprawling town and in 1601, completed the construction of the magnificent temple that was initiated by Guru Ram Das Ji.

Before the Partition of India in 1947, Amritsar was of paramount importance in the business and commercial front of undivided Punjab. However, the partition left Amritsar as a border town lining India’s western border with Pakistan. The trade activities of the town are now limited to carpets and fabrics, handicrafts, farm produce, service trades and light engineering. Amritsar tourism is another major commercial activity of the region.

Tourist Places In And Around Amritsar

Amritsar is home to several historical Gurdwaras, the most prominent being the Harmandir Sahib, commonly referred to as the Golden Temple. Of immense religious significance, this holy abode of Sikhs attracts more than 100,000 visitors every day from different parts of the world.

Besides being a major pilgrimage centre for Sikhs, Amritsar is a constant reminder of one of the most infamous incidents during India’s struggle for freedom, the Jallianwala Bagh massacre of 1919. The sacrifice of the martyrs of that tragic incident is commemorated at the memorial built at Jallianwala Bagh.

Among other heritage sites that depict the valorous history of Sikhs fighting against the British rule in the country are Maharaja Ranjit Singh Museum, Khair-ud-Din Masjid, Bathinda Fort, Saragarhi Memorial and Gobindgarh Fort.

The army outpost at the road borderline of India and Pakistan, known as Wagah Border, is highly acclaimed by travellers visiting Amritsar for its ceremonial parade. Furthermore, there are several temples in the city that are particularly popular among Hindu devotees, such as Durgiana Temple, Mandir Mata Lal Devi, ISKCON Temple, Hanuman mandir and Sri Ram Tirath Temple.

An important town in the state of Punjab, Amritsar is easily accessible from most major parts of India and abroad via air, rail or road. Sri Guru Ram Das Jee International Airport is the major air gateway to Amritsar while the railway network connects the city to almost all major cities in India via Amritsar Railway Station.

The strategic position of Amritsar on the Grand Trunk Road (NH-1) makes it an easily accessible destination via buses and taxis as well.

The climate of Amritsar is typical of north-western India, experiencing three major seasons, summer, monsoon and winter. Although all the seasons are favourable for a year-round visit, the ideal season for Amritsar tourism starts from the month of October and lasts till March.

Amritsar is Famous for

How to Reach Amritsar