Agartala - Land Of Palaces And Temples 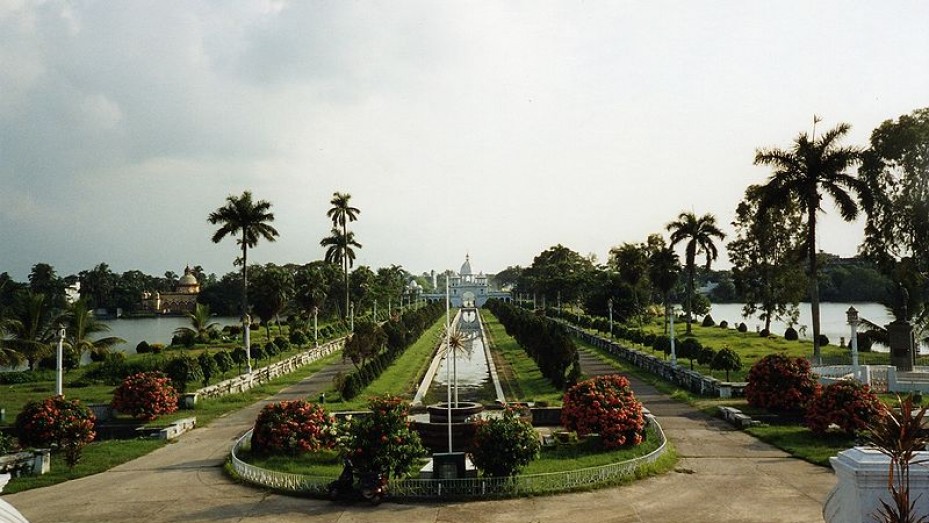 For the northeastern region, after Guwahati, if there is one important city, it is Agartala, the capital of Tripura. It is the second largest city of the region on the basis of the municipal area and population. Located just 2 km from Bangladesh, Agartala is also a cultural hub. It is located in western Tripura, and the Haroa river crosses the city.

In this city, recreation, adventure and culture all come together. Also the rich flora and fauna adds to the flavour of the city making Agartala tourism interesting. Geographically too, Agartala’s location is quite different from the other state capitals of the region. Unlike the other state capitals of the region, it is located on the western end of the great Ganga-Brahmaputra plain that reaches Bangladesh.

Agartala is also abundantly blessed with a forest cover adding to the charm of the city. Though a state capital, Agartala is a laid back city. Here, you will not be welcomed by the hustle bustle we usually associate with a big city. The serene environment, the calm atmosphere, all sum up to a perfect holiday amidst culture and nature.

A Brief History Of Agartala

Agartala came to the limelight after Maharaja Krishna Manikya shifted the capital of the Manikya Dynasty from Rangamati in Udaipur, South Tripura to present day Agartala in the 19th Century. The capital was changed when the Kuki’s continuous invasion became a problem for the kingdom.

The other reason for the shift was that the Maharaja wanted to bridge the communication gap between the kingdom and British Bengal, its then neighbours. In the 1940's, Maharaja Bir Bikram Kishore Manikya Bahadur re-organised and re-planned the city and gave it its present form. Planned roads, market building and a municipality became a part of the city.

Due to his contribution, Agartala is also known as the ‘City of Bir Bikram Manikya Bahadur’. Being a kingdom’s capital and due to its proximity with Bangladesh, Agartala has hosted several renowned personalities in the past. Rabindranath Tagore visited Agartala several times and was believed to have strong relations with the Tripura kings.

Tourist Places In And Around Agartala

There are several tourist places of interest in and around Agartala. It is one of the few cities in the northeast which has effortlessly accommodated modernity while retaining the old, glorious heritage. While the city is filled with palaces and other princely estates, it has also gracefully allowed the modern buildings to mushroom adding new colours and fabric to the place.

While on a visit to Agartala, it is a must to visit the following places:

Ujjayanta Palace: The Ujjayanta Palace is a must-visit tourist destination in Agartala which was built by Maharaja Radha Kishore Manikya. The construction of the palace was completed by 1901 and today it is being used as the State Legislative Assembly.

Neermahal: Located 53 km from the main city, Neermahal is a magnificent palace built by King Maharaja Bir Bikram Kishore Manikya. Neermahal was used as the summer resort for the Maharaja and is located right in between the Rudrasagar Lake. The palace is renowned for its fusion architecture as it combines Islamic and Hindu traits in its design.

Jagannath Temple: One of the most revered temples in Agartala, the Jagannath temple is also an architectural wonder. It is octagonal in shape and has an impressive pradhkshin patha around the sanctum.

Rabindra Kanan: Located beside the Raj Bhawan, Rabindra Kanan is an expansive spread of lush green gardens. The garden is thronged by people of all ages; while some use it as a place for recreation many others use it to play around and have a good time.

Agartala is fast developing into a modern city and thus finding all the modern amenities is no longer difficult. From world-class cuisine to good and affordable accommodation, everything is located in the heart of the city making Agartala very welcoming to travellers.

Restaurants here serve Continental, Chinese as well as Indian cuisines at affordable rates. The hotels here too are very reasonably rated and provide all the basic services.

Over the last few years, Agartala has emerged as a commercial hub in the northeast regularly trading in rice, oilseeds, tea and jute. The city has some thriving market areas which are a must visit for any tourist. Apart from the above-mentioned products, these markets are filled with various handicraft and woollen materials.

Agartala is Famous for

How to Reach Agartala