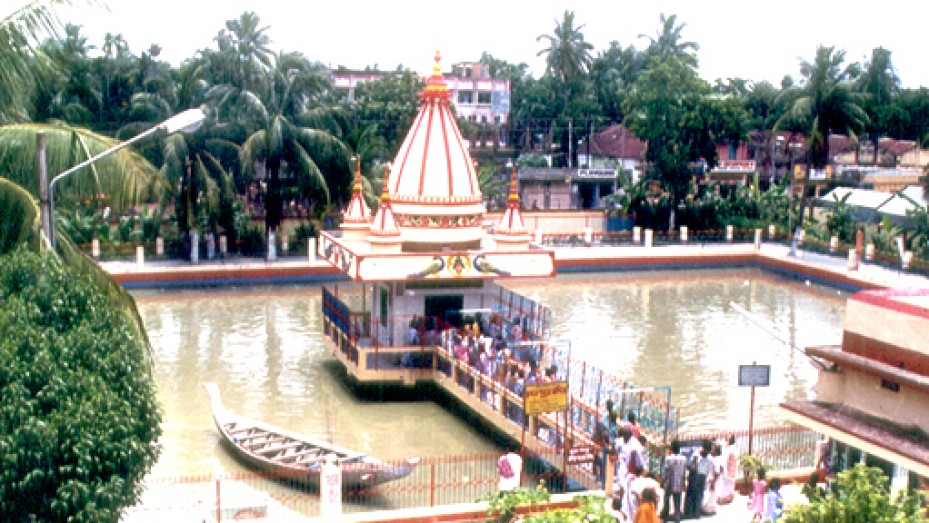 After Agartala became the choice for the capital by the Manikyas, they made sure that they adequately decorated the city. One such attempt was the construction of the Jagannath Temple located at the banks of the Dighi Lake.

It is believed that the Jagannath idol or the Neelmadhav idol was donated by the famous Puri’s Jagannath Temple. The temple, which is a national heritage today, has been built beautifully though having an Islamic influence in its design.

There is a dome at the top of the temple along with an arched roof. The orange-coloured four-storeyed tower also known as the ‘Shikhara’ rises from an octagonal plinth and is one of the striking features of the temple.

The temple also sees a confluence of Hemadpanthi and Arabic style. However, the interiors have a Hindu flair with the pillars and walls depicting stories of Lord Krishna.