Visit The Twin Towns Of Vajreshwari And Ganeshpuri 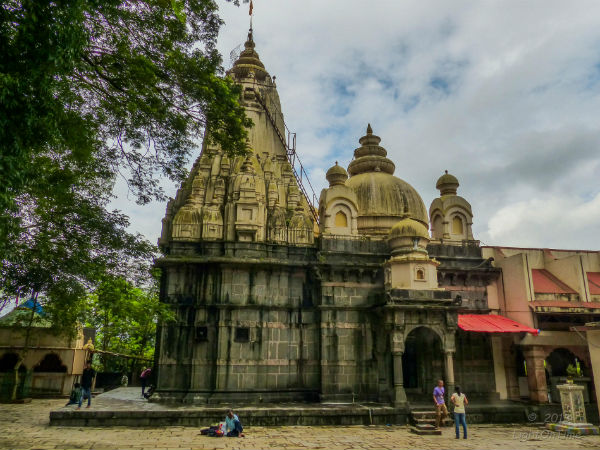 Life in metros tends to get busy and hectic. It's good to take a small break every once in a while and engage in something different that will refresh you. What could be better than visiting a new place around where you stay but seldom find time to explore due to work?

This long weekend, visit a nearby place that's been on your mind for a while, unwind and come back charged up to face new challenges. For those who are in Mumbai, we bring you a destination to visit, closer home - the twin towns of Vajreshwari and Ganeshpuri.

Located in the Thane district of Maharashtra, the twin towns of Vajreshwari and Ganeshpuri are situated on the banks of the Tansa river. Being merely 3 km apart from each other, the places are almost always visited together. The destination makes a good day outing near Mumbai and is ideal for a long drive.

Both the Ganeshpuri and Vajreshwari towns are famous for their ancient temples and scenic beauty. The unique feature of these twin towns is the hot-water springs that are rich in sulphur and believed to have therapeutic values. There are more than twenty-one hot-water springs around these towns and the nearby villages.

The twin towns are located at a distance of 30 km from Vasai and Virar. And both Vasai and Virar are well-connected to Mumbai by local trains and buses; therefore, reaching the place is fairly simple. Reach either Vasai or Virar via bus or a local train from Mumbai.

State Transport buses are available from the Vasai and Virar railway stations and bus depots to reach the towns. Alternatively, an auto rickshaw can be hired to reach the twin towns. One can ride or drive up to the Shirsad Phata and then take the Vajreshwari road.

Once a dense forestland inhabited by a few tribal communities, Ganeshpuri was transformed into a spiritual centre by a spiritual leader called Nityanand Swami. The place has an old Shiva temple, a few natural hot-water springs and several other temples dedicated to various gods and goddesses. Of the many hot springs, a few are open to the public with bathhouses built around them.

It is one of the oldest temples around the area and believed to have been visited by other enlightened personalities like Sai Baba. There are a Nityanand Ashram and a Ganesh temple which are frequented by visitors. People also visit the Nityanand Swami's samadhi, or a mausoleum, that is built around the ashram. In the far reaches of Ganeshpuri, the Adivasis or the Warli tribe still reside and hardly any urbanization has happened over the years.

The Vajreshwari Temple is dedicated to goddess Vajreshwari, who is an incarnation of goddess Parvati. Vajreshwari means ‘lady of vajra or thunderbolt', owing to a legend where the goddess saved lives from the wrath of Vajra, which is known to be the invincible weapon of Lord Indra. The temple was built by the Peshwas after winning back the Bassein Fort, also known as Vasai Fort, from the Portuguese.

The temple is situated at the foothills of the Mandakini hills. The Mandakini hills were formed out of volcanic eruption, which also explains the numerous mineral-rich springs in the area. A flight of fifty odd steps leads to the temple perched on the top of a small hillock. Along with goddess Vajreshwari, there are temples dedicated to goddess Renuka and Kalika, in its vicinity. The temple offers a 360-degree view of the surroundings. The view is particularly stunning with sprawling greenery during and post monsoon.

Ganeshpuri and Vajreshwari can be visited round the year; however, the places become especially picturesque during and post monsoon. Usually, a lot of travellers visit the twin towns between October and March.

Comments
Read more about: mumbai thane maharashtra travel temple nature mountains weekend getaways
Other articles published on Apr 26, 2017
We use cookies to ensure that we give you the best experience on our website. This includes cookies from third party social media websites and ad networks. Such third party cookies may track your use on Nativeplanet sites for better rendering. Our partners use cookies to ensure we show you advertising that is relevant to you. If you continue without changing your settings, we'll assume that you are happy to receive all cookies on Nativeplanet website. However, you can change your cookie settings at any time. Learn more
Change Settings Continue