Tirupur - Land Of Temples And Textiles 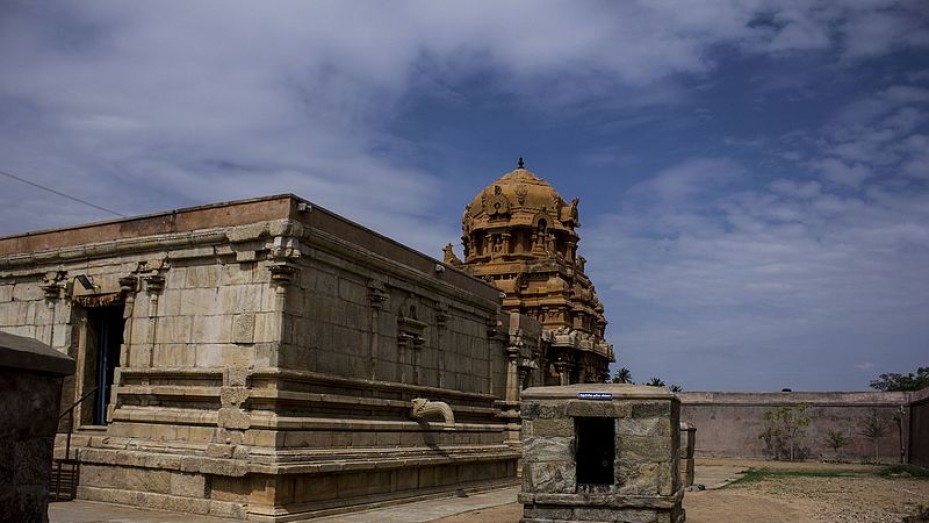 There are not many people in South India who have not heard of the textile centre, Tirupur. It is located 47 kilometres away from the city of Coimbatore, in Tamil Nadu. Textiles produced here are sold in markets throughout the country.

Many leading clothing lines have their factories in Tirupur. It is also known for the ancient temples that still remain within the city limits. It is the administrative centre of the Tirupur district and lies on the banks of the Noyyal river. It is part of the Kongu Nadu region of Tamil Nadu.

A lot of working class immigrants have migrated here from different parts of the country to work in the textile factories and mills that are a dime a dozen in Tirupur. Tirupur is the 7th largest city in Tamil Nadu in terms of population and area.

Tourist Places In And Around Tirupur

Some of the attractions that the city of Tirupur is famous for, in addition to the numerous textile factories, are the famous temples which date back to the glorious ages of the Cholas and Pandyas. Several legends surround the city of Tirupur and the many ancient temples it boasts of, such as Arulmigu Avinashi Lingeswarar Thirukoil at Avinashi, Tirupur Tirupathi temple and Sukreeswarar Temple.

Amongst these is the story of the Visweswara Swamy Temple that lies in the heart of the city, one of the oldest of the temples that exist in the city. As legend has it, the Shivalinga that is worshipped inside the temple was left behind by a king who was carrying it with him, back from a pilgrimage to Kasi.

The city has also seen its fair share of revolution. It was one of the most politically volatile spots during the days of the freedom struggle in Tamil Nadu and has given the country great patriots, like Tiruppur Kumaran, who has a memorial statue in the heart of the city. The city has also served as the meeting place for such great visionaries and statesmen like Periyar. E. V. Ramaswamy and C.N. Annadurai.

Andipalayam lake and Sivanmalai are also visitor’s favourites. Tirupur is located at an elevation of 967 feet above sea level, at a critical junction between several cities of commercial importance in Tamil Nadu, like Salem, Erode and Coimbatore. Hence, the transport of raw materials required for the textile industry that flourishes here and the transport of finished products from the city is made easy.

Being an important industrial hub, it attracts migrant workers from distant parts of the country and has a mixed population. Though the native population of Tirupur is composed mostly of Hindus (belonging to the Gounder caste), Muslims and Christians. Tirupur is a success story of how rapid industrialisation positively affects the economy.

Tirupur is known for having a pretty stable climate, something which is rare in the interior of Tamil Nadu and hence, all times of the year are good to visit Tirupur.

How To Reach Tirupur

The city is also easily approachable through road, rail and air. Coimbatore, at 42 kilometres, has its own international airport, making it easy to get to the city from far-off places in the country. The city is also well connected to the rest of the country via roadways, being a major centre for the production of textiles. Tirupur has its own railway station, too.

Tirupur is Famous for

How to Reach Tirupur