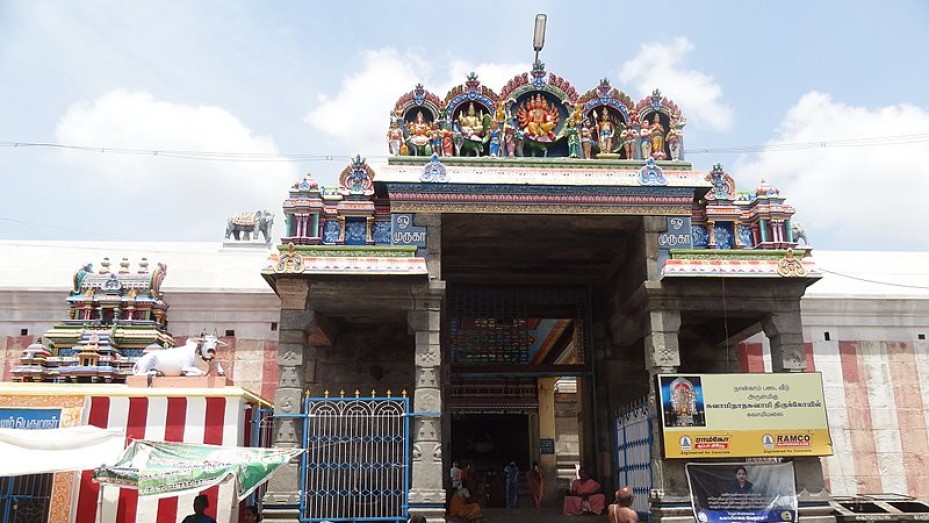 Swamimalai is a town situated close to Kumbakonam in Thanjavur district of the south Indian state of Tamil Nadu. Literally translated, Swamimalai means “God’s Mountain” and the influence of a divine presence is clear to see in and around this settlement.

One of the six Padai Veedugal, or Battle Camps of the Lord Murugan, Swamimalai houses the only school that teaches the craft of bronze coins in the state. Rice and sugar cane are the two main crops produced in the town whose economy is essentially agrarian in nature. Swamimalai was originally known as Tiruverakam.

Located on the banks of a tributary of the river Cauvery, Swamimalai has the fourth among six temples (Padal Petra Sthalangal) of Lord Karthikeya (otherwise known as Lord Murugan). The legend associated with this shrine is that the Lord Murugan explained the true meaning of “Om”, the sacred Pranava mantra to his father, Lord Shiva.

In the raja gopuram of the temple complex, Lord Murugan is, thus, depicted as Guru or teacher whilst the recipient of this knowledge, Lord Shiva, is shown as shishya or disciple. The name Swamimalai came into being as a result of this legend and the presiding deity of the temple came to known as Swaminathan.

Tourist Places In And Around Swamimalai

The proximity of Swamimalai to the temple township of Kumbakonam invariably attracts a thick inflow of pilgrims to the town. Many well-known festivals are held in Swamimalai and some these include the Temple Car Festival in April and the Panguni Uthiram Festival in March.

Other notable festivals conducted are the Visakam Festival (in the month of May) and in October, the Skanda Sashti Festival.

How To Reach Swamimalai

Tourist planning to visit Swamimalai can reach via air, road and train.

Swamimalai is Famous for

How to Reach Swamimalai