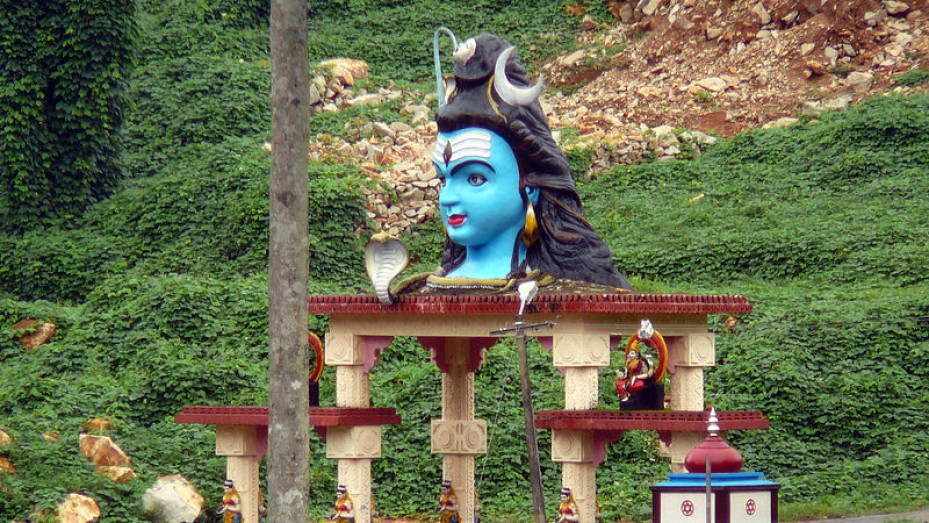 Sabarimala is a famed Hindu pilgrimage spot located amidst the conclave of luxuriant forests. Situated in the Western Ghat mountain ranges, this place enjoys nature’s pristine beauty as gurgling streams and river Pamba caress its sides.

One can see millions of people flocking this place in the holy months of November-December which is the Mandalakala season according to the Malayalam calendar. This is an annual pilgrim season and devotees form all over India and abroad throng Sabarimala, irrespective of their classes, castes and financial backgrounds.

Sabarimala literally means Sabari’s (a mythological character from Ramayana) mountain range. Sabarimala hills, located towards the east of Pathanamthitta District are included in the Periyar Tiger Hill Reserve which characterise and personify the beauty of Kerala.

The deity presiding over the main shrine of Sabarimala is Lord Ayyappa or Swami Ayyappa. The individuals who wish to embark on a pilgrimage to Sabarimala must abstain from non-vegetarian food and worldly pleasures for 41 days.

A long trek towards the shrine through lush trees, streams and pastures is a riveting experience everybody must have at least once in their lives.

The Pilgrimage – Tourist Places In And Around Sabarimala

The pilgrimage period that starts by the mid of November comes to an end only by the fourth week of January. Sabarimala Township is always busy with pilgrims, shops and hotels though the place is uninhabited by locals.

The Mandalapooja and Makaravilakku are the important festival periods in Sabarimala. There is also the Vavar Shrine dedicated to a Muslim saint known as Vavaru Swamy in Sabarimala and that makes this place an epitome of religious tolerance and harmony.

The Malikappuram Devi Temple is also associated with the legend of Sabarimala and so devotees make it a point to visit it.

The Path Towards Lord, Towards Self

For those who would love to reach the temple through trek, the path to reach the temple of Sabarimala is long and arduous. But, it is hardly tiring as you would have trees to comfort, soothe and shelter you throughout the journey. With an approximate of 45–50 million devotees visiting every year, Sabarimala is regarded as the largest annual pilgrimage spot in the world.

The Ayyappa temple, located here amidst 18 hills, is a picturesque sight no traveller would want to miss. The temple is surrounded by mountain ranges and thick forests and is positioned on a hilltop at an altitude 1535 ft above mean sea level.

The Legend Of Sabarimala

According to legends, this is the location where the Hindu God Ayyappa meditated after annihilating the most dreaded demon known as Mahishi. Sabarimala temple, for many, is a symbol of unity, equality and all the good in the world.

It personifies the fact that good always triumphs over the evil and that there is always justice for everyone. It is one among very few temples who accept devotees irrespective of their race, lineage and religion.

It is said that, an incarnation of Lord Vishnu, Saint Parasurama threw his axe and installed the idol of Ayyappa at Sabarimala. Sabarimala is under the administration of The Travancore Devaswom Board (TDB), a government owned body.

A visit to Sabarimala is a treasured experience as the place thrives in both spiritual and aesthetic value. Thousands of pilgrims visits this spiritual centre at least once in every year in fulfilment of their devotion.

The ramble to Lord Ayyappa Temple through lush green forests and bubbling streams is a challenging trek to reach. Approximately 3 km of trekking is required to reach the top, but the trek is worth your while. Undulated mountain terrains and an exciting variety of flora and fauna make Sabarimala a satisfying destination for naturelovers.

How To Reach Sabarimala

One can reach the place through Pamba Township which is connected from other major cities by road and rail. Tourist packages and affordable hotels are available in all seasons for those who visit Sabarimala.

November to the end of January is the period to visit Sabarimala if one is particular about visiting the temple during the pilgrimage season. September to April can also be an ideal time to visit as it is soon after the monsoon season and before the peak summer season.

Sabarimala is Famous for

How to Reach Sabarimala