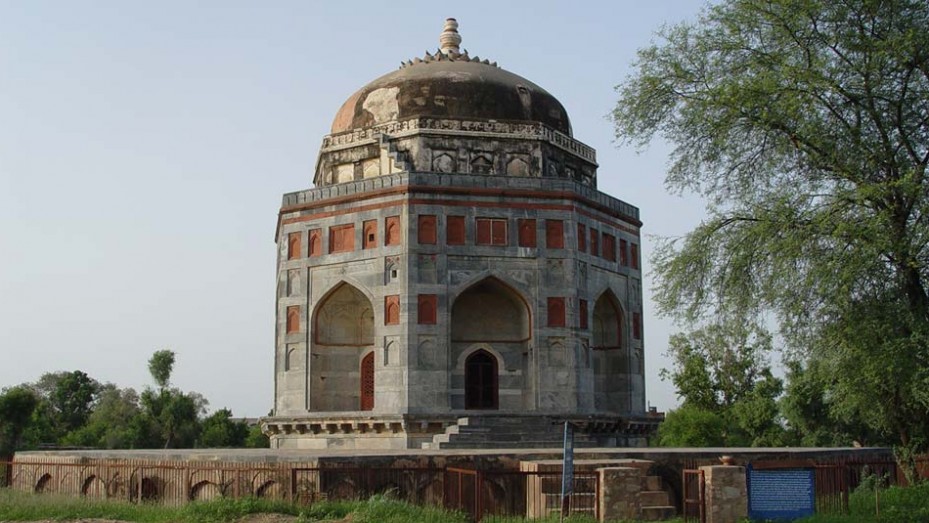 Constructed in 1589 AD by Shah Quli Khan, the governor of Narnaul during the reign of Akbar, the Tripolia Darwaza served as the main entrance to his garden. This garden also had three more gateways. The tomb of Shah Quli Khan, which he constructed for himself in 1574-75 AD is also located here.

The octagonal platform on which the tomb is located can be approached from the south. Made of grey and red sandstone, the tomb presents a remarkable appearance. A thin passage, supported on projecting brackets, runs all along the base of the arched openings and recesses.

The interior of the tomb comprises two stories. The lower level is made of marble while the second story is made of beautiful lime plaster. The tomb is topped by a low dome meeting constructed over a high octagonal drum.