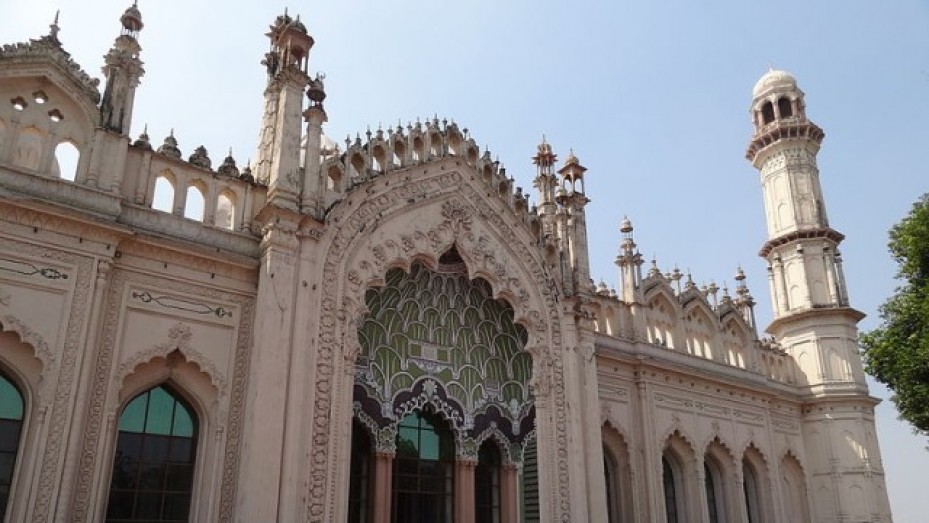 Juma Masjid with its three domes and two minarets stands as a remarkable witness to the luxury and opulence of the era of the Nawabs of Awadh in Lucknow. Nawab Mohammad Ali Shah wanted to build a mosque that would surpass all its counterparts in the country in architectural grandeur and magnificence.

However, he suffered from chronic rheumatism and died in 1842 and could not live to complete his dream project. The masjid was finally completed by his wife, Begum Mallika Jehan. The grand masjid is spread over an area of 4950 sq m. The architectural design, exquisite decorations, carvings and calligraphy in the outer walls of the masjid display the impact of Hindu and Jain temples.

The inner walls are decorated with gilded mirrors, silver pulpits, stunning Mughal style frescos and brilliant chandeliers. The arched domes of the masjid stand upon 260 pillars of various heights. The grave of Ahmed Shah is located in the eastern wing of the building.