Lahaul – The Land Of Magical Mounds 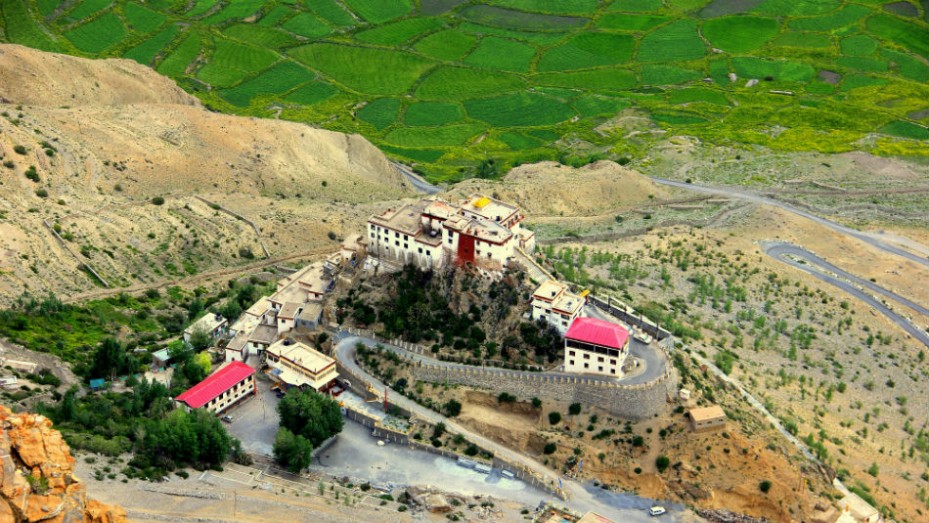 Lahaul lies in the Indo-Tibetan border in the state of Himachal Pradesh. Two different districts and mountain tracts, Lahaul and Spiti came to be unified in the year 1960 to form one single district of Lahaul and Spiti.

The natives have fair skin and hazel coloured eyes and are of Indo-Aryan and Tibetan lineage. Most of them practice Buddhism and religiously follow their customs and traditions. The language spoken in the region is similar to that of the people of Ladakh and Tibet.

Prayer flags flapping over the monasteries are a highlighting feature of this place. All these shrines showcase the religious inclination of natives of this region. Owing to the barren soil, only grasses and shrubs grow here.

The main occupation of the locals includes potato farming, animal husbandry and weaving. The houses are built in the Tibetan style of architecture with walls which are tilted 10 degrees inwards. The building materials used for constructing these houses include wood, rocks, and cement; these materials are mostly used in earthquake prone areas.

Animals like yaks and dzos can be seen freely roaming around the region. The decrease in vegetation of the region has led to the listing of animals like the Tibetan antelope, the argali, kiangs, musk deer, and snow leopards as endangered species.

Tourist Places In And Around Lahaul

The weather of Lahaul remains chilly throughout the year except during the summer season.

How To Reach Lahaul

Bhuntar Airport, which is connected to major cities like New Delhi and Shimla, is the airport nearest to Lahaul. To reach Lahaul-Spiti from the airport, taxis and cabs can be easily hired.

The nearest narrow gauge railway station from Lahaul is the Joginder Nagar Railway Station while the Chandigarh Railway Station, which is linked to other Indian cities, is the nearest major railhead. By road, Lahaul is accessible via the Rohtang Pass, the Kunzum Pass, and Kinnaur.

Lahaul is Famous for

How to Reach Lahaul