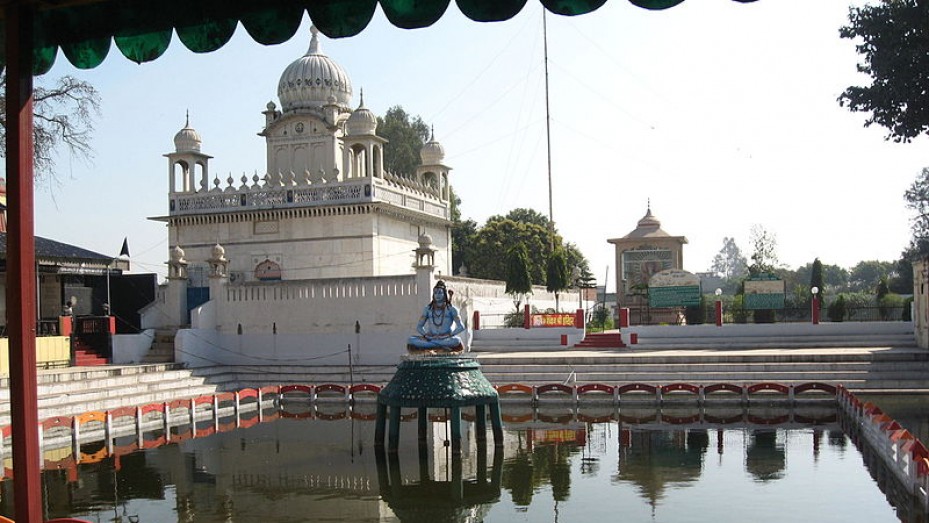 Mahadev is another name of Lord Shiva. The Sthaneshwar Mahadev Temple houses the lingam of Lord Shiva and is located in the sacred town of Thanesar in Kurukshetra. It was at this ancient shrine that the Pandavas prayed and received the boon for their victory over the Kauravas in the ensuing battle of Mahabharatha.

The town of Sthaneshwar was the capital of the kingdom of Emperor Harshavardhana. The temple is built on the regional style of architecture and is crowned with a dome. It is flanked by a tank whose water is believed to have medicinal properties.

According to legends, King Ban, who was suffering from leprosy, was cured by taking bath here. People of the surrounding areas flock to this temple to pray and take a bath in the tank to cure their diseases.

It is said that the great Brahmin warrior Lord Parshuram vanquished the Kshatriyas at this place. The sacred place was also visited by the ninth Sikh guru, Guru Tegh Bahadur and the Gurudwara Nauvi Patshahi has been built to commemorate the event.