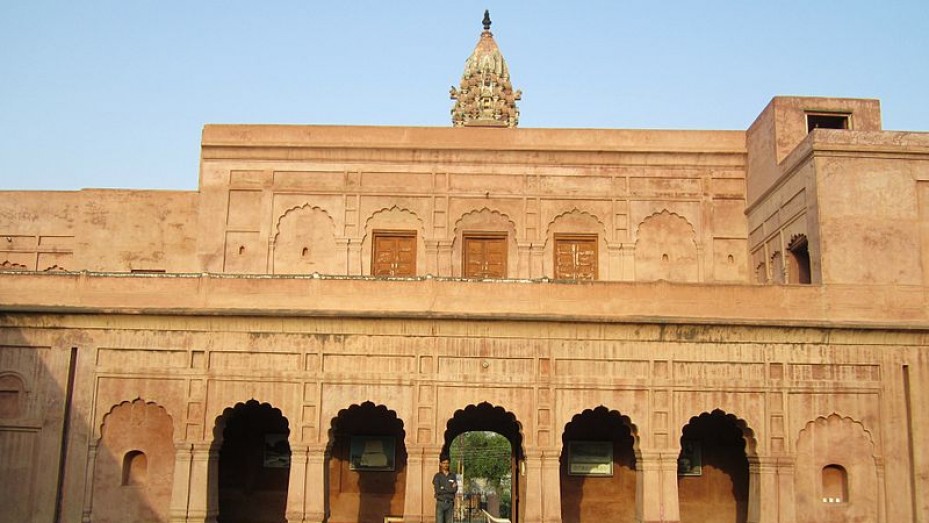 The words nabbi and kamal in the title, meaning naval and lotus respectively, do not appear to have any logical reason for being juxtaposed with each other. But they make ample sense when considered in the context of the origin of Lord Brahma, the creator of the world. According to scriptures, Brahma was born out of a lotus growing out of the naval of Lord Vishnu.

Nabhi Kamal is the name of a temple that was built in Thanesar in Kurukshetra to commemorate this unique event of birth. The temple, therefore, houses the idols of the two gods under the same roof. Although not a big temple, it is still one of the few that are dedicated to the glorification of Lord Brahma.

Like most other ancient shrines in India, Nabhi Kamal Temple also has a holy tank at village Narkatari close by. As the legends say, the tank was filled with the water that gushed out by an arrow shot into the earth by Arjun to quench the thirst of Bhismpitamah while he was lying on the deathbed made of arrows.

Nabhi Kamal Temple is situated on Pehowa–Kurukshetra road approximately one and a half kilometres from Thanesar.