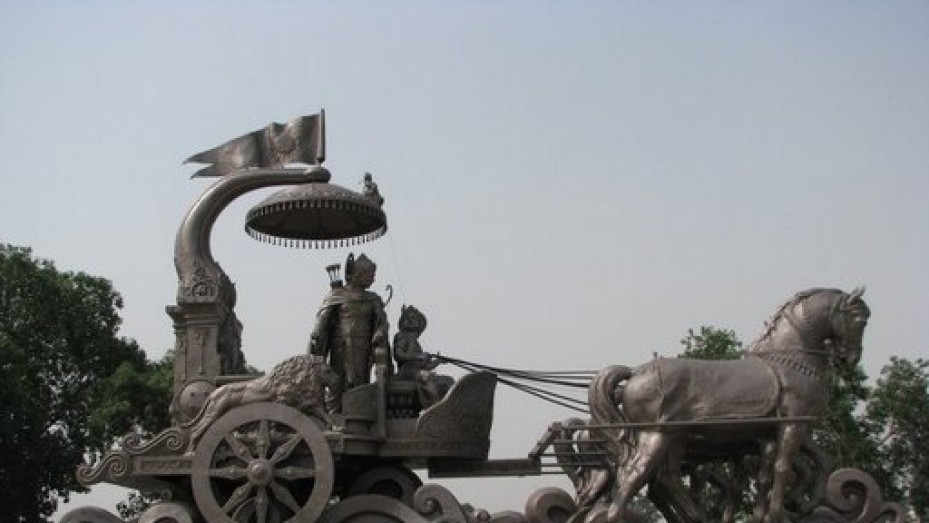 Birla Mandir, as the name suggests, was built by the reputed philanthropist of the Birla clan, late Jugal Birla, in the year 1952. The renovation of the old temples and the construction of the new tourist destinations came about much after the Birla Temple was built here.

For quite a long time, therefore, it remained one of the few major tourist attractions of Kurukshetra since its inception. It is built on the periphery of the old city on Kurukshetra–Thanesar road, quite close to Brahm Sarovar and approximately 2.5 kilometres from the railway station.

Birla Temple is made of pure marble and has a lush garden on its back side. The main complex houses the famous sculpture of Lord Krishna standing on a chariot harnessed with horses on the battleground of Mahabharata and delivering divine sermon of Bhagavad Gita to the awe-struck Arjun crouching on the ground with folded hands listening with rapt attention.

It is the replica of the original world-famous model set-up at the temple in Thanesar and the exact spot where the Lord Krishna is believed to have delivered his sermon.

The temple also houses the idols of several saints, gods and goddesses including Guru Nanak, Guru Gobind Singh, Guru Teg Bahadur, Sant Ravi Das, Lord Krishna, Hanuman, Ram and many more along with their teachings inscribed close to them.